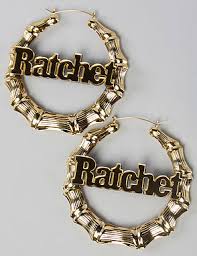 4 thoughts on “Are You Ratchet?”