Every two years, I always watch in awe of the Olympians who are the greatest athletes in their respective sports. “How do you throw a javelin stick that far?” “How do you run so fast so far in less than 10 seconds?” “How are you doing a proper push-up on a v high bar?” “How are you swimming a marathon in the sea with jellyfish?” “Is this the best way for a human to get down a mountain?” These are just a few questions I ask myself when tuning in to these Games. Of course the skill level of any Olympian is impressive, but the athletes of the first Olympiad are amateurs compared to those in 2018. This improvement is so drastic in some sports that it seems ridiculous to even call it an Olympic sport. For example: Men’s vault in 1932 (see video here). 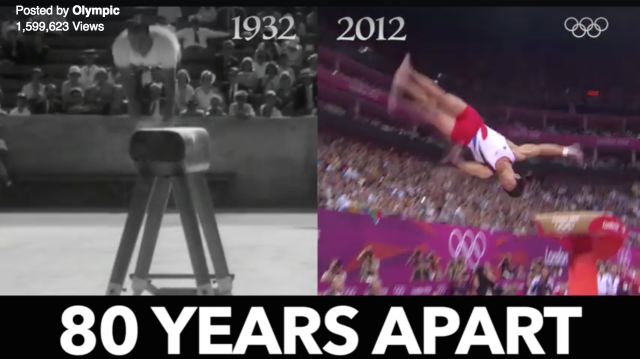 Homeboy just leaped over the vault while the South Korean dude did a bunch of flip-a-doos (technical term, don’t worry about it), and I guarantee you the crowds at both Olympics had their jaws dropped.

Let’s look at some early figure skating. Herma Szabo was undeniably graceful, but this barely looks like a warmup in modern terms:

Here are a few more sports from back in the day that aren’t as impressive as they are now. Also, I’m convinced we can do half of these if we tried really hard.

Tug of War is obviously not a sport anymore, and maybe it’s because it doesn’t require a lot of technical skill? Yes, you need extreme strength, but if it’s a sport kids play in elementary school when the gym teacher doesn’t really want to put too much effort in, it shouldn’t be a real sport.

The sport of gymnastics has come far from the 1900s. Back then, large groups of gymnasts represented each country and took to the center of an outdoor field to do… gymnastics? Or rather really graceful dance/tai chi movements. Meanwhile, the men performed on actual apparatus like vault and parallel bars. See: The Margaret Abbott Awards.

Literal motorboating was only a sport at the 1908 Olympics, and it was discontinued for good reason – officials decided they were not ready for motorized competition. The race was comprised of five laps around an eight nautical mile course. Unlike a water sport like kayaking, athletes didn’t have hurdles or gates they had to clear, and also they had the assistance of a motor. I mean, have you seen the arms on Olympic rowers?

Is it because I don’t understand why croquet is a thing people play in the first place? Yeah, probably. Like motorboating, croquet only lasted once, played during the 1900 Summer Games in Paris. Those French, man.

Look. We hate pigeons too, but this just seems a little extra. The 1900 gold medalist killed a whopping 21 pigeons. RIP.

When we were teens, one of our favorite gym class units was “orienteering.” Basically, we were sent into the large field between our school and our school’s abandoned priest mansion with a compass and had to follow directions. It was arguably athletic (we walked?) but definitely not a sport. Alpinism is like the Olympic version of that. In short, they climbed a mountain. Impressive, yes. Sport? Nah.

This event was a real stretch because they didn’t blow a whistle and send a pack of athletes up a mountain. That would have been the Agro Crag, and we would have loved it. They just awarded medals to whoever had climbed a mountain the best since the last Olympics. Medals were awarded during the winter games in 1924 and the summer games in 1932 and 1936.

The good news is this isn’t a crowd of Victorians standing in front of a gallows. The bad news is you can no longer get an Olympic medal for climbing a big rope. This event actually made it through 5 Olympics. 1904 winner George Eyser even had one wooden leg! And from the looks of it, two skinned hands.

Tandem cycling – AKA two men on a bicycle built for two – was an Olympic event for decades. We’d argue that it was objectively the most adorable of all Olympic events and hereby ship every damn one of these 1924 couples.

If you asked me what ‘joring’ is, I’d probably answer “not sure, but it sounds like an old activity from the 1920s.” And it is! In the 1928 Olympics athletes were pulled on skis by horses. That’s what joring is. Also, this looks like (a) a blast and (b) a sport that takes place right where you’re NOT supposed to hang out in relation to a horse.

Not only was ski ballet a thing, ski ballet was a thing until 2000! And while doing ballet on skis truly IS impressive, all I can picture is a clumsy mess with skis, arms and legs akimbo. 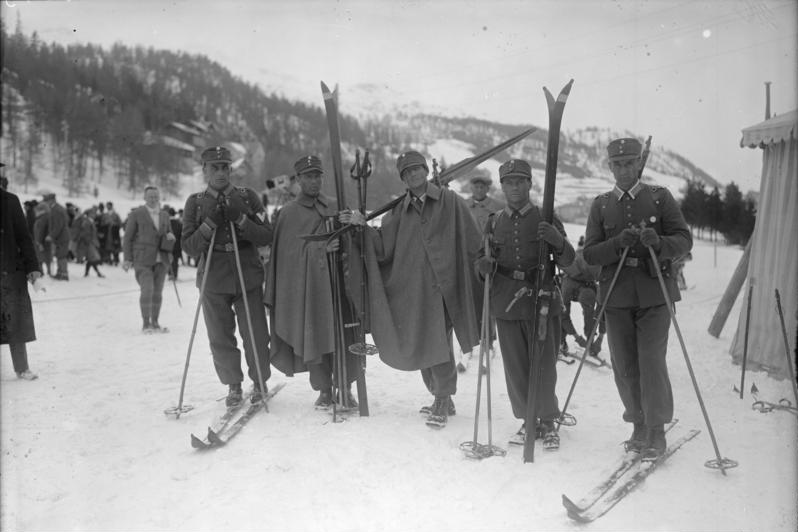 In a nutshell, people cross-country ski with heavy backpacks and then they shoot rifles, but not at anybody. To be very honest, if this sport would help certain people feel like they’ve proven that their country has good army men without getting into a nuclear war or putting those army men in actual danger, I am very for it.

One thought on “Unimpressive Olympic Sports of Yore”