Jessica Biel already has a goddess-like face, so this ethereal metallic and sheer gown only accented her statuesque and Grecian look. Not to mention, her hair (and extensions?) only added to the feminine yet sexy look.

First of all, Gina is constantly under appreciated by the Television Academy. Second, do y’all follow Gina on Instagram? Because you should. Particularly for her Insta Stories. Homegirl has been exercising her butt off, and not only is it inspiring to see her work so hard, but all the boxing and pull ups have certainly paid off in this svelte new frame. I love the deep V paired with the long sleeves on this, as well as the beading and slicked back hairdo. Get it girl.

Is this a polarizing dress? Probably. Do I care? Not really. I saw Tessa twirling on the red carpet (because duh wouldn’t you) and audibly gasped. It’s daring and the cut itself is so interesting. That is a party dress right there.

This is one of those dresses that probably looks amazing up close. Sure it’s a simple strapless gown, but the shimmering beading all the way down makes it. Paired with the green jewels and old Hollywood hair, it’s classy AF.

It was a huge night for DG. Our boy not only made Emmy history as the first black person to win as a Director of a Comedy Series, but he revealed his baby mama/partner’s name (MICHELLE!) and that she is expecting another son (!!!). With his big wins and big announcement, he wore the perfect purple Gucci suit that follow suit (heh) from his crushed brown velvet number at the Globes earlier this year – where he also won for Best Actor. Bonus of Donald in the E! Glambot, bc he looks so freakin fly.

Yara Shahidi has been one of our red carpet favorites for a few years now, and it’s easy to see why. She always perfectly balances looking her age with looking sophisticated, demure princess vibes with something a little more funky and fun. I can almost see a young starlet wearing this in the late 1930s. Yara got herself her own show and she looks the part.

The purple brocade is luxe and cheerful at the same time (and you already know how we feel about floral menswear). The fit is incredible. Even the velvet loafers are perfection. Caleb McLaughlin is here to stay. Adults: your move.

I have seen Nicole Kidman look perfectly tasteful on so many red carpets that sometimes I want her to break out a bit. But then, why fix what isn’t broken? The ’50s silhouette is perfect and the silver halter neckline adds a bit of flash. Calvin Klein usually strikes me as one of the most easily-recognizable designers: doesn’t this look totally Calvin Klein? Besides, Nicole did go a BIT crazy – take a gander at the coordinating-but-not-matching shoes, one with studding on the ankle strap and one on the toe.

If only Shailene chose her words as well as her dress. Despite Shai’s red carpet faux pas (dismissing TV on TV’s big night), I – grudgingly – have to hand it to her on this look. Velvet only looks truly RIGHT in a few colors, and deep green is one of them. Hope she packs this one in her bag. 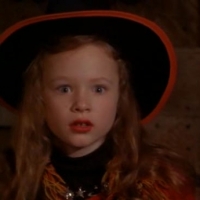