We’re a few weeks away from the end of the Euro, but I’m ready to declare a winner: the high-spirited, fun-loving fans of the Boys in Green. In a sport where hooliganism runs wild, and in a year where Europe is as divided as ever, Irish fans decided that their ‘thing’ was to be as extravagantly wonderful as possible. The result: all of Europe, and soccer fans around the globe, fell in love with them.  The boys in green gained supporters from all over, and spectators waited to see what fantastic thing Ireland’s fans would do next. All of the stunts were typical of the Irish sense of humor. You probably know about English humor – dry, wry, self-deprecating – but Irish humor isn’t that. It’s un-self conscious and rooted in happiness, goofiness and a love for the absurd. Team Ireland is officially out of the Euro, but in my heart, Ireland’s endearing, good-hearted fans are the real winners. And it’s not just me: today Irish fans were awarded the Medal of the City of Paris. Just for BEING FOOTBALL FANS. Just for being themselves. God bless.

We are going to rank these Euro moments on a scale of one to five, measured by Ireland’s most precious export: 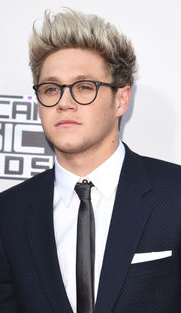 Do not think that a video is subpar if it rates one Niall Horan: after all, one Niall Horan is good enough for One Direction. For the purposes of this discussion, Niall will be presented in his purest form:

Lullaby For The Boys In Green

Here’s a thing that sounds like it’s true of people everywhere, but I swear it’s an Irish thing: Irish men love babies. Groups of Irish men love singing. Find me something better than this group of Ireland supporters on a train singing Twinkle, Twinkle Little Star to a small baby and announcing “we’ve got a baby!” like they’re in the presence of a small prince.

Sing A Prayer For The Boys In Green

Imagine you at your most obnoxious drunken college self, and then imagine a nun walked into your train car. You would absolutely treat that nun to a rendition of the Our Father and try to dance with her. Also, this is a very jazzy rendition of the Lord’s Prayer and must have been the standard one at these guys’ schools and churches. A+

Fix The Car For The Boys In Green

Cars don’t usually come off well in giant football celebrations. My favorite part of this isn’t the Irishmen pounding out the dents – which was great – or singing “fix the car for the boys in green.” It was the fans frantically stuffing money into the car’s windows to make up for the damage.

Change A Tire For The Boys In Green

As the Irish fan says, there’s the difference between Irish fans and English fans: we change the wheel of a car. (Wheel changing Irish fan: you single?)

Stand Up For The Balcony

For a brief, shining moment, the biggest celebrity of Euro 2016 was this guy who had a balcony. The crowd cheered when he walked out and booed when he left. He probably should have anticipated this when he moved above an Irish pub.

Stand Up For The French Police

Only these guys could commandeer a tunnel and make people like them for it because they serenade the French police while they’re at it.

Stand Up For The Ulsterman

Little geopolitics for you: the Republic of Ireland and Northern Ireland: Not the same. Not nearly the same. Centuries of troubles to show for it. But when a Northern Ireland fan, Darren Rodgers, died tragically of a fall, the Irish fans paid tribute by chanting “stand up for the Ulsterman” during their game against Sweden. It’s one island, after all.

Stand Up For The Sexy Wives

Stand Up For The Foreign News

To be fair, this Hungarian news anchor was in the presence of greatness and he knew it.

Stand Up For This French Girl

Stand Up For The Dancing Queen

Stand Up If You Lost Your Kid

When a child got separated from his father, the Irish fans chanted “Steve, here is your son.” They crouched down then sang “Stand up if you lost your son.” Happy ending: Steve got his kid back (Steve’s wife: probably not thrilled). 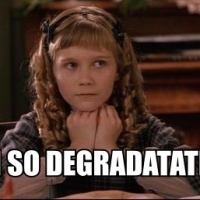