The Miss America pageant is still a thing, and we have questions.

Usually we reserve the Questions, Comments, and Concerns format for Lifetime Movies, but it works for anything that lends itself to Cathy Comic humor (which, since the early 1980s, has been the female analog to dad jokes). Vaseline your teeth and hairspray your butt, it’s pageant time!

On another September 13, 29 years ago, my mother’s water broke when she was watching Miss America with my sister. I was like “nah, this looks boring, not interested” and waited to be born until the morning. I find that fetal me and newly-29-year-old me have a lot in common.

Question: Who WRITES these tag lines?

Each of the contestants delivers a little …. is quip the word? blurb, maybe … about her state. They all contain either G-rated sexual innuendo, Cathy Comics humor, or a fact about the state that is not what the state is known for. Example: “Popcorn, get your popcorn! Representing the state that contributes the most to the US popcorn supply! I’m Miss (Indiana maybe?)” Miss Massachusetts informs us that hers is the state of Meghan Trainor, just like schoolchildren will be saying 50 years hence. Another contestant mentions that her state is the home of Sutton Foster and I get very excited that Sutton Foster might be on the program. Nope. Just a factoid about Georgia.

Comment: The winner of last year’s pageant graduated debt-free thanks to the Miss America scholarships.

I feel the same way about pageant scholarships as I do about kiddie pageant “prizes.” You must have to incur so many costs participating that all you are really do is recoup some of your expenses. They probably have sponsors, but still. Here’s an NPR article on the topic. For every contestant who wins the big prize, many more get filtered out at the state level or don’t make the first cut and get like $1-3K. I’m just saying, if your goal is to get money for college, there are more direct ways to go about it.

Comment: They all have the same haircut except the one with a pixie.

She’s like the post-haircut Mary Anne Spier of the group.

“Come smell our dairy air!” – actual thing that was said.

Questions: What is this America’s Choice vs Judges’ Choice thing?

Some contestants get in to the top 15 by “America’s Choice” (voting) and others by “judges’ choice.” Is it just a way to make sure that the network gets the people they want in the finals? Like a reality show?

Concern: They are incorporating every awful top-40 song on the airwaves into the broadcast.

Questions: How much does it suck to be the girl NEXT to the girl who is called who has to pretend that she is happy?

Today, they are all Justin Guarini.

Comment: Zendaya puts her glasses on during the swimsuit competition, like she really needs to STUDY this.

All of the judges are wearing serious thinking faces, like Joey Tribbiani Smell The Fart acting.

Concern: It seems even worse to be one of the three eliminated after swimsuit than to not make the top 15 at all.

“We thought you were Miss America material, but it turns out you are garbage in a bathing suit.”

Comment: They call the group of former winners the “sisterhood of Miss America.” 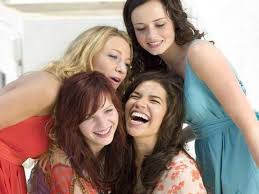 Only sisterhood I am interested in: “of the Traveling Pants.”

Concern: The judges seem super ambivalent about swimsuit as well.

Vanessa Williams says the first thing they judge is confidence in swimsuit. Then expounds that this is very hard because all of the contestants dread it. Then maybe just … don’t anymore?

Question: A contestant mentions that she bargain shops for clothes due to her “college budget,” but wouldn’t she have a whole lot more cash flow if she weren’t spending thousands a year on pageants?

Comment:  Mary Katherine Fechtel laid down during the  “lay me down” part of Bridge Over Troubled Water in her dance.

It’s a sentimental, not-too-peppy song, but she dances the whole time wearing a smile that could light up the Eiffel Tower.

Comment: They give little facts about the contestants during their talent.

Concern: Miss Louisiana cuts a few verses from Climb Every Mountain so it doesn’t make sense.

She is behind a half-beat or so for part of it, which makes me think the backing track is reaching her ears a tad too late.

Comment: Miss Louisiana forgot to tan the back of her arms.

Question: Why the loud background music for the contestant playing piano?

You can tell she’s good, but you can barely hear it for all the synthesized cha-cha . It’s like Hannah Robison (Miss Tennessee) being amazing at piano wasn’t “flashy” enough.

Note:  I can hear piano later, during the  violin number.

Concern: I am probably an awful person for thinking that the monologue was dreadful.

Miss Colorado, Kelley Johnson, performs a monologue as a nurse talking about a patient who has Alzheimer’s. It reminds me very much of a Mary Katherine Gallagher tv movie monologue, and the delivery is stilted. It’s like being a fly on the wall for a bad audition. I always feel for the girls who didn’t have an artistic talent before the contest and obviously had to come up with something they could do.

This year: Miss Georgia, who also gave us that fun tidbit about Sutton Foster. I like her.

Concern: A contestant is asked which woman should go on the $10 bill. She answers Ellen DeGeneres.

I love Ellen as much as the next lady, but she didn’t exactly free the slaves or lead the fight for suffrage, y’know?

Bless her, she had the eyeballs of a deer who’s about to get hit by a semi, probably because she runs with a pageant crowd from Tennessee, but good on her.

Concern: What will happen when Miss Alabama is asked about Donald Trump?

She says that “if she were a Republican, she would be terrified” of him as a serious candidate. Let’s be clear, I think pageants are silly, but all of the contestants are hardworking, smart, and polished – they have to be to make it this far.

Question: Why were the hosts so hurried that they cut off the judges throughout the whole show, then they draw out the announcement of winner for like 10 minutes?

Comment: You always feel kind of happy when the person you were rooting for wins. Go Georgia! I guess.

Besides, isn’t Betty Cantrell a great name for a pageant winner from Georgia? You could also hear her eye-roll when she explained that her gown shows “like an inch of midriff,” making me think she’s had to explain that dozens of times already.

Concern: After the crowning my station abruptly cut to black then started playing Judy Blue Eyes by Crosby Stills & Nash.

… which made me worry that a disaster occurred in Atlantic City. It’s fine. Just my local ABC affiliate being a silly goose.

One thought on “Questions, Comments, and Concerns: Miss America 2015”