Beverly Cleary – creator of the most complex and believable child characters, all-around Best Grownup – turned 100 years old yesterday. The Ramona books remain so relatable and fresh that it’s very hard to grasp that the author was born four years after the Titanic sank, before the U.S. entered World War I, with Woodrow Wilson as the president. I absolutely love Ms. Cleary, but we’ll deal with Ramona during a C+S Book Club at a later date. Today, I want to talk about one of my favorite things about Cleary’s books as an adult: my, can that woman name a character. In fact, if I were having kids, I just might look to Beverly Cleary for inspiration.

Yes, Beverly. Here’s why. Names cycle in popularity, and there’s a roughly 100-year span before an old name sounds fresh again. Parents don’t tend to use names of their own generation (not so many babies today named Tiffany and Kristen). They also don’t use their parents’ names – these days, those would be Boomer names (see: Barbara, Debbie). Even grandparent names (Shirley, Norma) don’t sound ready to use, at least for less adventurous namers. You have to go to great-grandparents before a name sounds old enough to be ripe for reconsideration. That’s why there are so many 20-40 somethings named things like Emily, Laura and Rebecca: they were popular in the second half of the 19th century. And that’s why today, names like Evelyn, Hazel, Charlotte and Lucy top the girls’ Social Security name rankings.

Beverly Cleary was on the early end of the Beverly trend, so it may fall in the grandma name category and have to sit on the shelf for a few more decades. But Beverly has some things going for it: it’s almost identical to the trendy girl name Everly, it’s a three-syllable surname-name like the popular Delaney and Kennedy, short-and-simple Bev is a lot like the appealing Niamh/Neve/Liv … AND it’s shared by beloved children’s author Beverly Cleary.

If you’re looking for a very usable name that nobody’s really using, look no further than Ramona. It was given to 233 baby girls last year, not even landing in the top 1,000 names. Yet it’s familiar, easy to spell and has an awesome namesake in one Ramona Geraldine Quimby. Ramona even has music cred, and would make a more spry choice for a fan of the Ramones than Sheena or Judi. There’s a Dylan song called To Ramona, as well!

Potential drawback: it was used for the name of Kimmy Gibbler’s daughter in Fuller House. That’s not a bad association, and the show is not so popular that people will be like “oh, as in Ramona Gibbler?”. However, it could be the sign of future popularity – but not being in the top 1000, there’s a lot of room to grow before Ramona is a common choice.

Poor, beautifully named Beatrice, destined to a lifetime as Beezus thanks to her little sister. Beatrice is a major recipient of that 100-year trend I discussed above. It’s currently ranked at 601 in the U.S. (OK, hardly an Isabella or Emma situation), but in the early 2000s it was around number 1000. Actually, Beatrice was FAR less popular when the first Ramona book came out, and would have struck early readers as a funny, old-fashioned choice, like Gertrude or Bertha now. (Am I crazy, or is Gertrude a bit cute?) After taking a nap through most of the 20th century, Beatrice is back and ready to go, more of a neglected antique than a moth-eaten relic.

Good things about Beatrice: The great nicknames Bea, Bee, Trixie, and Betsy. Its use by Dante and Shakespeare. It sounds clearly feminine, but not frilly.

Bad things about Beatrice: nothing, really, except maybe that it was used in Divergent and may get more popular; also the unfortunate two-syllable pronunciation you sometimes hear (BEE-triss instead of BEE-a-triss).

Henry Huggins was the classic swell kid – a well-rounded but occasionally mischievous boy who loved palling around with his rescue dog, Ribsy (before rescue dogs were au courant). It’s exactly that image that has propelled Henry to number 33 on the charts. Henry can be the boy in jeans chasing his dog down the sidewalk just as easily as he can be a thinker (Thoreau), a king (I-VIII), or a ballplayer (Aaron). Henry has never been as ubiquitously popular as, say, Michael, nor as trendy as Aidan or Logan. And like Beatrice, it comes with nicknames: Hal, Harry (Prince Harry is, of course, a Henry), Henny and Hank.

Personal bias: one of my nephews and Favorite Humans I’ve Ever Known is named Henry.  We call him Hank for short.

One of my coworkers has a little girl named Willa, and when she told me I think I may have swooned. Willa combines the best of new age-y nature name Willow, hipster granny names (Mabel, Harriet, Maisie), and the short-but-delicate girly names (Mila, Lila, Myla, Aria, Luna). User beware, Willa is on a steady climb from being obscure (given to only 30 babies the year we were born) to, if not trendy, at least fashionable (there were over 500 little Willas born in 2014). I can see Willa on a teen or an adult, but thanks to Willa Jean Kemp it’s easy to picture on a zwieback crumb-covered toddler.

Funny thing about the double-barreled name: it is really popular right now in the UK, where I’ve seen it described as an “American” thing. Uh-uh, guys. This is ALL on you: double names aren’t really a big trend in the USA. Jean is still a perennial middle name favorite, though, but if a family were using the name Willa today, they might consider a middle name more like…. 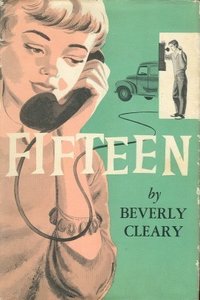 Like Jane! It’s not quite as pervasive as today’s hot middles (Rose, Grace, I’m looking at you), but it’s still incredibly common because it just sounds so nice with so many names. However, Jane has so much substance and character that I’d prefer to see it shine in the first name spot. (As I mentioned in our Olsen twin character names post, it’s near the top of my Hypothetical Names List.) There are oodles of Janes throughout history, but my favorite will always be Miss Austen.

Do you remember Ramona and Beezus’s mom’s name? Dorothy! Dorothy is one of those “why isn’t this popular yet” names, because it is right in the era of names that are coming back. Dorothy may remind you of the 1939 classic The Wizard Of Oz, but remember, it was based on L. Frank Baum’s 1900 children’s book. So, instead of picturing Dorothy on grannies who were born in the ’30s, try to see it on a little girl from the turn of the last century with one of those unnecessarily big hair bows and a pinafore. So cute, right? Dorothy’s another good one if you like nicknames: Dot, Dottie, Dora, Dory, Dolly and Thea. I can’t even deal with how cute.

Ramona’s World was a little past my time, published in 1999, but it’s on my reading list as I work my way down the Ramona catalog with one of my nephews. In this book, Ramona is nine, she has a baby sis named Roberta, and her new BFFFL is neighborhood girl Daisy Kidd. It doesn’t get much better than Daisy, a flower name with a long history of use. I guess the most common complaint would be that it can sound a bit young, but I grew up with an old-fashioned nickname-name and it hasn’t hurt me a bit. My favorite way to get to Daisy: it’s a traditional nickname for Margaret, Marguerite and Margarita.

Susan (and Susannah) is right up there with Jane on my list of names I would totally bestow on a child some day. Susan has dignity and gravitas – and in the Ramona books, she also has boing-boing curls that are just begging to be pulled. (Whenever I wear my hair curly and people mess with it, I remember Ramona and the irresistible pull of the boing-boing curls.) Susan is still in the decline of its popularity trajectory, so you’ll have to give it another 30-50 years before it hits peak revival potential.

Susan Kusher was that girl who had her act TOGETHER. The girl in kindergarten whose dress was never messed up, and whose socks didn’t fall down, and who didn’t accidentally cry because the teacher didn’t call on her. I went to college with a Susan, and she had a lot of tidy headbands and sweater sets. If my name were Susan (but NOT Susie or Suzanne or Susannah, those are different), I wouldn’t get toothpaste on my shirt right before leaving the house or have a car full of dog hair. SUSAN, you guys. In terms that didn’t exist when Ramona The Pest came out, Susan is goals AF. This is a fun one, isn’t it? It almost sounds almost like a modern trendy name, but Austine was the fun, scrappy friend in the 1951 novel Ellen Tebbits. The boy’s name Austin actually derives as a contraction of Augustin (as in St. Augustine, or Augusten Burroughs, depending on your frame of reference). So, I think the girls name Austine would be sort of a slimmed down version of Augustine/Augustina/Augusta. The –een names still read a bit midcentury (Kathleen, Colleen, Darlene, and so on)… but this is a neat name find, if nothing else. It doesn’t get cooler than Otis. It’s got Otis Redding all over it, and is just the kind of vintage-y name everybody is looking for. It looks like it’s poised to enter the top 1000 next year, so while Otis is growing in popularity it is by no means there yet. Personally, I can think of hundreds of girl names I love but not quite as many boy names, simply because a lot of the classics lack character and I’m not at all into the trendy Jaden/Maddox/Landon  sort of thing. But Otis has both history and quirk, making a great match with the other Beverly Cleary names like Willa and Ramona.

I think Ralph suffers a bit from midcentury burnout. And maybe also a bit from being a euphemism for “to vomit.” It’s not very popular right now (as in, not in the top 1000). But if you think about Ralph S. Mouse or Ralphie from A Christmas Story, it’s kind of cute, right? Like, if I actually picture Ralph on a small child it’s adorable. Besides, Alphie is all kinds of popular in the U.K., and it’s just a consonant away from Ralphie. You could always use the Rafe pronunciation, but that doesn’t feel easy, at least not in the U.S.

One thought on “All The Best Beverly Cleary Names”