Like most tv movies, Coat of Many Colors left us with a few questions, a handful of concerns, and a whole lot to say. Airing on NBC last night, it was a two-hour sugar-fest as Dolly Parton told a childhood tale of this one coat she had. And I loved it.

Dolly opens the movie wearing a sequined dress and sitting in a sleigh in Dollywood. That might be the merriest thing I’ve seen all season. By the way, when I was a kid I thought Dolly was way older than she is (even though she looks great). It’s because I interpreted her platinum hair as white, and also because being from the Northeast, I’ve only ever known very old ladies to have that kind of sculpted, sprayed-out hair and heavy makeup. But again: Dolly looks wonderful. .

Question: Did Baby Dolly really trot up the aisle at church wearing clownish makeup and singing?

They’re retroactively making Baby Dolly act just like Sassy Adult Dolly. She even quips that she wants to go to heaven but doesn’t want to “look like hell to get there.”  Dolly fans will remember that story about how she saw a heavily made-up woman as a child, and told her mother that’s what she wanted to look like. “That woman’s trash,” her mother replied. “That’s what I’m gonna be when I grow up, trash!” Dolly said. The whole thing sounds more like a funny story an adult would make up, or a Family Circus comic, but whatever. It’s a cute origin story.

Comment: This Baby Dolly actress is adorable. Oh my goodness. And she’s great!

Face it, a lot of child actors are working just because they’re cute, can read lines fairly convincingly, and they aren’t awful to work with. But this girl is adorable and she can ACT. I know 8-year-olds. Most of them could never do this. Her name is Alyvia Alyn Lind; remember it.

Concern: Can this family support another kid?

Dolly is excited about getting a new sibling, but seemingly has dozens already. They’re like blonde, southern Weasleys. I’d say Muggle Weasleys, but we all know that Dolly is magic. (I looked it up, by the way. Dolly had 11 siblings and obviously it worked out just fine for her).

Comment: Dolly’s mom compliments each kid when she prays before dinner.

I don’t even care if it’s not true, that’s beautiful and something I’d do if I had kids. A lot of people complain about the modern ‘everybody gets a prize, everybody is special’ parenting, but if you let kids know what’s wonderful about them they’ll always remember to let those qualities shine.

Question: Will this end with a Christmas scene? I may not be able to deal with that.

Spoiler: it doesn’t, unless you count Dolly in that sleigh again.

Comment: This sequence after Dolly’s brother dies is ROUGH.

Dolly’s baby brother dies and adult Dolly takes over singing. Props to little Alyvia for keeping up with a duet with Dolly Parton. However, if this movie doesn’t pick up after baby Larry dies, I’m going to have to change the channel.

She’s great! As is Ricky Schroeder, who I didn’t recognize at first but should have due to his trademark twinkling blue eyes.

Question: She’s going to turn the dead baby’s blanket into a coat for Dolly, right?

Right. Dolly is really excited to be the first person to wear it. I’d say that was sad, but as a kid my wardrobe was like 80% hand-me-downs, 10% school uniforms, 10% new, so I feel that.

Concern: I’ve gotten so into this movie that I’m starting to think Willadene and Dolly are pretty cute names.

When I first started at my job, a copy-editor addressed a whole bunch of queries to me as Dolly instead of Molly. I thought it was the cutest mistake ever.

Her coat is beautiful and all their brown clothes suck. They’re like Garbage Pail Kids. Or the Herdmans (Best Christmas Pageant Ever? Anyone?).

Concern: There is an hour left and the only thing to resolve is whether or not Dolly will feel good about her new coat.

And I guess whether her dad will start to like church.

Question: Why don’t we like that girl Judy? She seems nice. 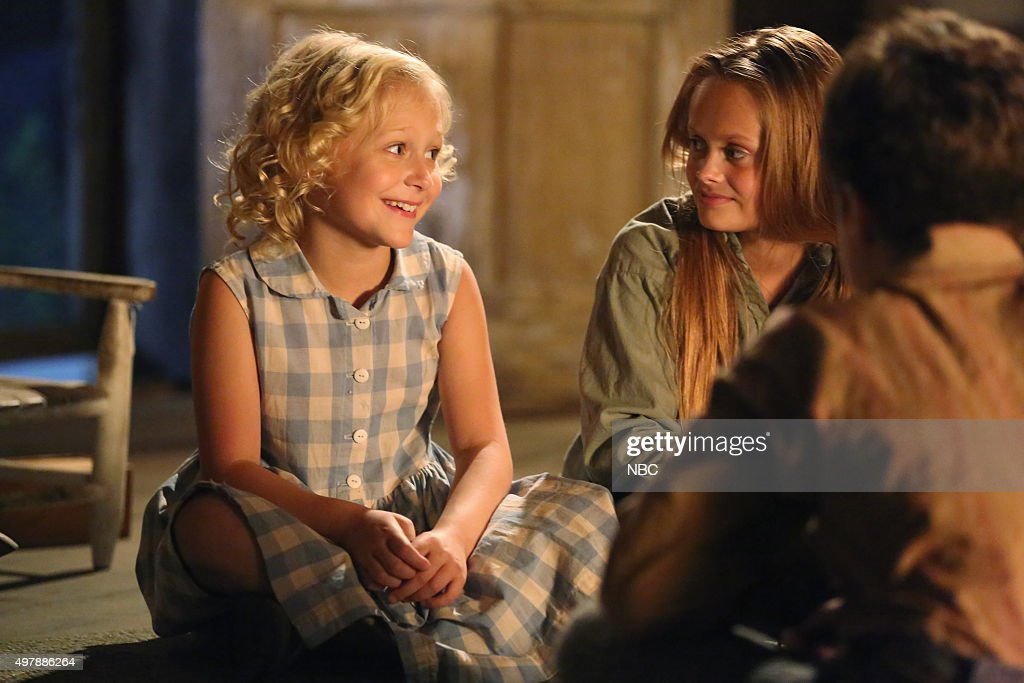 There’s some reason we don’t like the Ogles (the Garbage Pail Kids/ Herdmans) but I must have been out of the room. Anyway, apparently Judy is still Dolly’s BFF, which is precious.

Comment: I just got really excited when I realized Dolly’s dad was probably going to start going to church and become wonderful.

Concern: How will they fit Jolene into this?

Comment: Dolly cuts school to put on makeup at a department store. Dolly, you little scamp.

Comment: “I’ve got a little, shriveled up black heart” – Baby Dolly, expressing my worst fears about myself to be totally honest.

But she doesn’t, of course. Dolly is full of love. Do you all know about Dolly Parton’s Imagination Library? Get acquainted. Rumor has it she gives a TON of her money away to other causes too, but it is mostly anonymous.

Question: Can you do big confessions of love at Church like that?

Dolly’s parents have one of those romantic public confession of love scenes — in the middle of church. Can you do that? I grew up Catholic and for us, the answer is definitely no.

One thought on “Comments, Questions, Concerns: Coat Of Many Colors”