In the spring of 2006, I went through the rite of passage that many college students go through, which was to study abroad. The college I went to had an especially unique one in the Netherlands located about two hours southeast from Amsterdam in a small town called Well. In my head, I pictured it to be all Stars Hollow-like, since there was one main street, where the bakery, grocery store, restaurant/bar, and school were all on the same stretch of road, and only about 2,500 residents. Why Well? WELL, it’s because it’s where our European campus was located. See below:

Yes, that’s a castle. Yes, that’s a moat. Not pictured: a second outer moat. Welcome to Kasteel Well – the 14th century castle where approximately 75 to 80 students called home for about four months. This is where we slept, ate, and even took classes, which were mostly taught by European professors. We took said classes Monday through Thursday, and Friday through Sunday were designated as travel days. Throughout my time there, I went to 12 different countries (including Spain to visit Molly where she was studying at the same time!) and was lucky enough to see all these places and landmarks I may never see again in my lifetime.

In full disclosure, I could talk all day about my time at the Castle, but I’ll try to keep it at a minimum for this post. Looking back on that experience, it almost seems surreal. I mean how fortunate and crazy were we as 20 year olds to roam around Europe on our own and discover cultures and lands much different than we were used to? Not to mention the whole living in a castle factor, which already seems like a made up thing. Peacocks! Did I mention we had pet peacocks!? 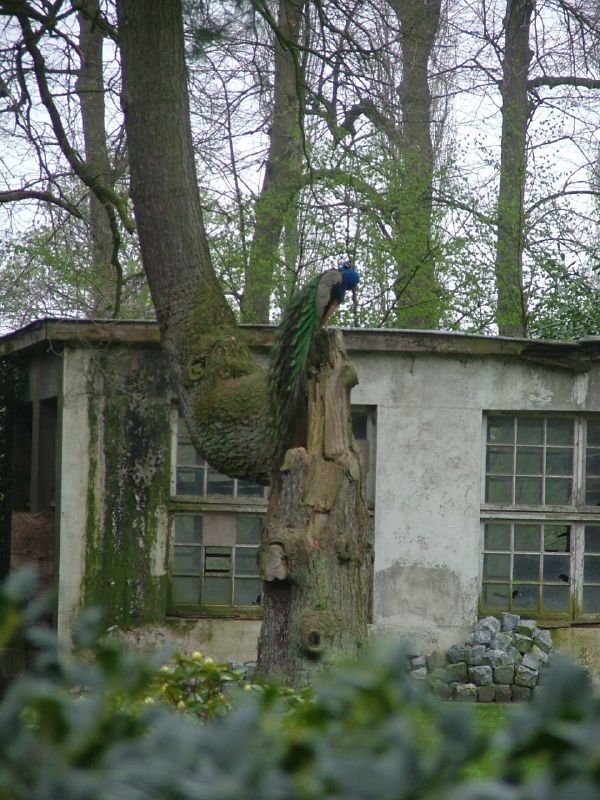 Going into that semester, I didn’t really know anyone going. I mean I had a couple acquaintances going but some people were going with their best friends. This terrified me. I dug up my LiveJournal (yes, ‘dug up’, and yes, my LiveJournal) entry from a couple days before I left for the Netherlands. And because we’re friends now, I’m going to share that entry from 19-year-old Traci with you:

jump in
I leave for the netherlands in approximately 46 hours …
i do this thing where i put off thinking about something big that’s going to happen in my life because i don’t want to face reality if i don’t think i can handle it.
i’m excited about getting to see new places and new people, new cultures. but it still worries me that i won’t make friends in the process. you can tell me over and over again that i’m going to have a great time and that i will make friends, but i’m just so scared about it. when i look at the people going to the castle, all i see is cliques and groups of friends, and me trying to fit in and be a part of theirs.
i’m scared of living in europe for 3 and a half months, and not having anyone to travel with. i’m just scared overall.
but of course i’m not thinking about it.

You know how people ask, ‘what would you tell your younger self?’ My answer to that in this particular situation is… nothing. I wouldn’t say anything. I needed that sense of fright in me. I think I would be more worried if I WASN’T scared of leaving everything I knew to be familiar for 4 months and diving into a foreign country with no one I knew.

I can’t pinpoint an exact moment in that semester when it happened, but the day I returned to the States, April 27th, 2006, I felt something was different within me. Maybe it’s that I had to quickly learn how to go into the world and fend for myself. Maybe it’s that I was able to come across so many people from different walks of life and realized that there is so much more than the bubble we live in each day. Maybe it’s the unexpected (lifelong) friendships I made with people that share that magical time in our lives together. Maybe it was the reverse culture shock – it is REAL y’all. If you’ve never experienced it, it’s nearly impossible to explain. I remember having a particularly hard time coming back to my friends in Boston. All I knew was that I was so so so happy to see them and be in their presence once again, but I didn’t feel like the same person they were friends with 4 months ago. Whatever it was, I knew I was forever changed because of it.

So here we are, eight years later and to this day, deciding to go to the Castle is one of (if not the biggest) game-changers in my life. I can honestly say I’m not sure I would be living the life I had now if I didn’t go the Castle. To mark that day we came back from a semester of living worldly lives, our core group of castle girls decided to celebrate our ‘Castleversary’ each year. I believe the first anniversary involved a sleep over, temp tatts, and painting picture frames (because we had since become mature adults). Now that four out of the six of us live in LA, we’ve been celebrating our own Castleversary with mini-adventures in the city – which just happens to be this weekend.

While we ‘hit the town’ and celebrate our general eternal love for each other, I am reminded of the countless memories we made all over Europe, the late-night train rides, the getting lost and not really being worried about it, the meeting of strangers who would seem like old friends, and how the fear I had going into the whole experience was completely warranted. What’s that quote? “Everything you want is on the other side of fear.” Studying abroad is not something you go into with complete confidence. It’s daunting and unfamiliar, but in the end it’s all worth it. Whether you’re thinking about doing a similar program in college or if you’re a grown ass person who is stuck in a rut, the same message rings true for all – what are you waiting for? Be excited. Be scared. Jump in.

“For if every true love affair can feel like a journey to a foreign country, where you can’t quite speak the language, and you don’t know where you’re going, and you’re pulled ever deeper into the inviting darkness, every trip to a foreign country can be a love affair, where you’re left puzzling over who you are and whom you’ve fallen in love with. All the great travel books are love stories, by some reckoning — from the Odyssey and the Aeneid to the Divine Comedy and the New Testament — and all good trips are, like love, about being carried out of yourself and deposited in the midst of terror and wonder.”

7 thoughts on “Study Abroad: A Lesson in Jumping In”