We are in the full Olympics swing on this third day of the Games, and as we previously mentioned, we stan hardcore for these sports, despite the fact we’re not normally the sports enthusiast type. See LiveJournal post from 2004:

But on Friday, the Games officially started with the Opening Ceremony, the event that was supposedly seen by 3 billion people around the world. It’s always been a bigger deal than the Closing Ceremony, since most of the athletes are in the stadium walking in the parade of nations, and they’re genuinely excited to be there. On the other side of the Games, the Closing Ceremony doesn’t have as many athletes, since a lot of them go home if they lose in the beginning (e.g. the swimmers from this past Saturday who lose a 100m race in a matter of seconds and the whole journey comes to an end that quick).

Anyways, if you happened to miss the Opening Ceremony, we’ve got a few highlights for you – a few moments worthy of getting the gold.

Gisele’s Most Important Walk In Her Life

I’m convinced Gisele Bundchen owns most of Brazil at this point, so it makes sense she would be featured prominently during the Opening Ceremony doing what she does best. Walking.

Brazilians were all into letting us know the environment has and always will be important to them, we travelled back to the beginning of time in the Brazilian rainforest where we were treated to Julie Taymor-worthy insects and animals on the ground floor.

Dame Judi Dench unexpectedly made an “appearance” by narrating the section on climate change with a poem titled A Flor e a Náusea by Brazilian writer Carlos Drummond de Andrade. This whole part served as a straight up warning that global warming is real, because Brazil gives no fucks and if it’s during the Olympics odd are you’ll probably pay attention to it. SCIENCE. 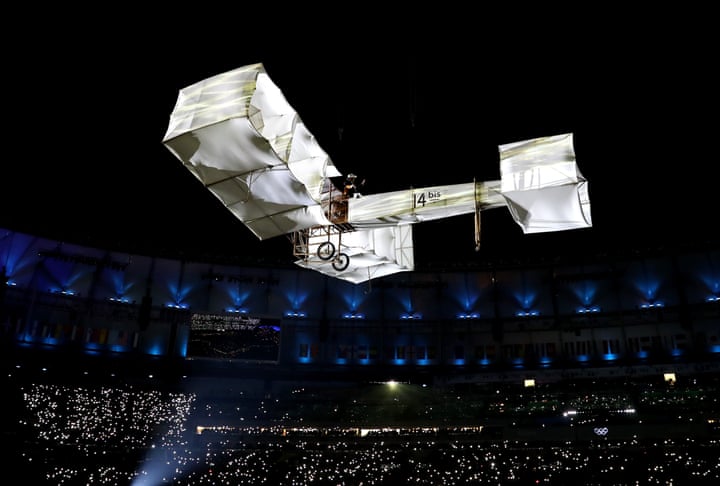 Also included in the Brazil Gives No Fucks category is when they introduced a dude playing the role of Alberto Santos-Dumont, who’s known in the country as the first in flight. AKA they think American Wright Brothers were full of shit and their aviator was the OG pioneer. The ghost of Alberto is somewhere with the Wright Brothers, smoking a cigar, blowing rings in the air before saying, “See. I told you. Now the whole world knows suckers.”

Some hardcore parkour going on at the #Olympics #OpeningCeremony. pic.twitter.com/48c9Y6GLap

Some people saw whatever QBert is, I saw Michael Scott  jumping from Point A (delusion) to Point B (the hospital) on a much larger scale.

The moment this Bolivian athlete realized everything he had been training for led up to this night will forever be burned in my brain. Also it was the first time I cried.

The moment the Google searches for “Tonga” spiked a million percent.

For the first time ever, Michael Phelps attended the Opening Ceremony (he’s always had to compete the day after). And of course the USA took advantage of this and made him the flag bearer with cool ass light up jacket. Also, no one looks embarrassing in these Ralph Lauren blazers and white pants. Relatedly, Michael has custom sneakers with his son’s tiny baby footprint in them. CAN YOU EVEN

If you don’t dab while representing your country at the #Olympics, why even go? #OpeningCeremony pic.twitter.com/iVArZMmL14

Why The Olympics Is Important

During the parade of nations, Brazil was expected to get the most cheers. But this year, for the first time ever, a new team walked in right before the host country and received one of the loudest applause of the night – Refugee Olympic Team. 10 athletes who have all been displaced from their home countries are competing under the Olympic flag, and when they arrived to Maracana stadium, they got a standing ovation from the thousands in the arena, plus the millions watching at home. And more tears from me. You’ll hear more about them from us later on, but if you want to feel more emo about them, check out this video.

Shadiest of All the Shade 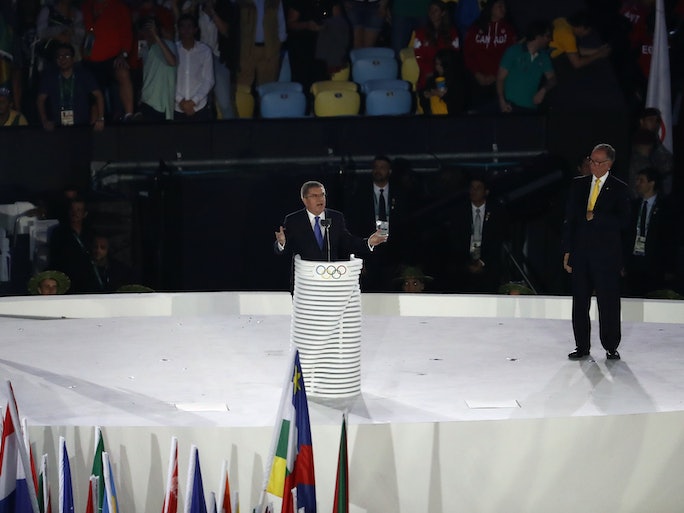 Speaking of refugees, the International Olympic Committee president Thomas Bach spoke towards the end of the ceremony and perfectly described what the Olympics is all about – 10,000 athletes from all over the world competing against each other peacefully and valuing their shared humanity.

And then he started talking about how we’re living in a world of “selfishness” where some people “claim to be superior to others”, noting that at these Games, they “do not just tolerate diversity in this Olympic world, we welcome you as an enrichment to our unity in diversity.”

I know nothing about Samba dancing so I have no idea if this kid sucks. I can tell you that his smile and charm make this the most adorable combo of old man singing native Brazilian songs with a new generation represented by this little nugget embraces the history of his culture.

Brazilian runner Vanderlei Cordeiro de Lima was literally on track to win the marathon at the 2004 Olympics in Athens, but was attacked by a defrocked priest from Ireland named Neil Horan. You read that right. Not Niall. But can you imagine? Anyways, de Lima only had four miles to go, and even though he got back up, two men passed him and he ended up getting the bronze medal instead of the gold. He had his redemption on Friday night by carrying the torch for his home country and lighting the cauldron with the Olympic flame. It’s also worth noting how cool looking the cauldron contraption is: 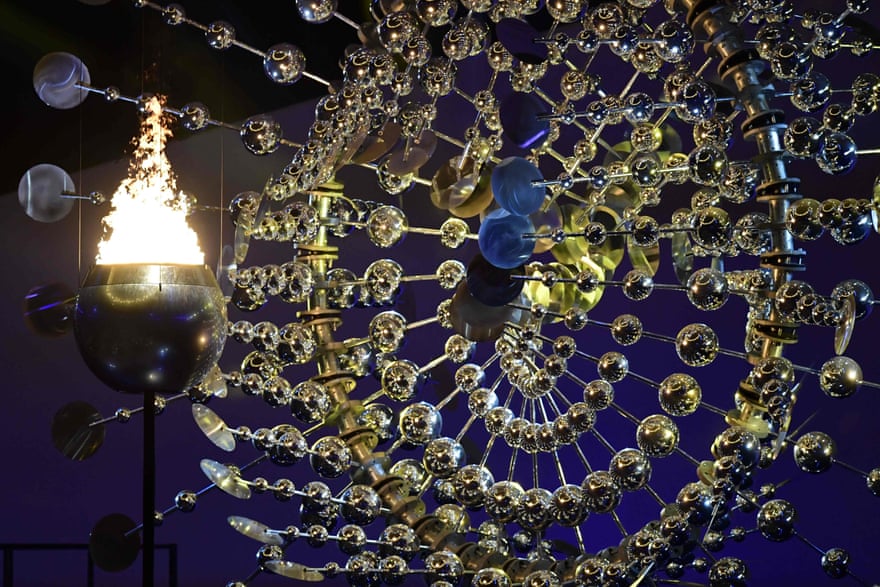 All of the Lights

Because if you don’t end an Opening Ceremony with a massive fireworks display, the athletes are contractually not allowed to compete.

4 thoughts on “Going For The Opening Ceremony Gold”