Do you guys feel like there’s a large majority of people that are particularly obsessed with this month? Don’t get me wrong, I enjoy October, but there are folks who are in love with October. But I suppose they have good reason. While September marks a time when kids go back to school and it’s technically fall, October is kind of like the after-dinner mint of summer. Enough to signify summer’s done, but leaves you feeling like you need to order a slice of cake to fully get into dessert.

October is when it starts to cool down everywhere and there’s a literal shift in the air. We finally acquiesce to wearing more pants instead of skirts, ordering more hot coffee instead of iced, crockpots instead of ice cream makers. For some reason, there’s more of a deliberate move into fall throughout the month of October, with certain habits, routines and traditions we take on. These are just some of the things that get us through the month, and perhaps why October is thought to be the best of them all.

Of course, we start off with National Mean Girls Day (not a real holiday, but most of those ‘National’ days aren’t anyways). It may not fall on a Wednesday this year, but Mean Girls devotees and Plastics everywhere will be wearing pink and Aaron Samuels/Jonathan Bennett will have his annual day of, ‘Hey guys, remember me? I still exist’ on social media.

If something says ‘Seasonal Item’ stamped across an item, it signals the impulse in our brains to BUY IT BUY ALL THE THINGS RIGHT NOW. From PSL to pumpkin pie Pringles to actual pumpkin pies, we tend to be inundated with orange everywhere… and for most of us, we give in.

And Then Swipe Left On This

Burger King announced they’re also getting in the October spirit by releasing something called the Halloween Whopper, which is basically their signature burg, but with a black bun. Said bun apparently has A1 steak sauce baked into it and has a black pepper flavor flav, and basically it’s disgusting. Just because it’s Halloween doesn’t mean you have to make your taste buds suffer.

For the non-California/West Coast residents, you get the privilege of seeing the leaves change colors to something out of a Bob Ross painting IRL. But instead of putting it on canvas, sharing these picturesque landscapes and feet crunching on the ground is perfect for social media.  #Foliage #Fall #Autumn #Leaves #Colors #ILoveFall

It Gets Super Dark

I realize that we’re nearing the end of Daylight Savings Time, but it always, always catches me off guard when I look outside one second and it’s light out then next thing I know it’s pitch black. I leave work around 7p, so I’m used to the sun going down around the time I leave, but the past few days it’s been like a blackout. Like the picture above is me. #BlackoutSelfie.

legit how i would organize my candy as a kid. i was a nerd.

As adults, Halloween becomes more about going out to parties and collecting alcohol as opposed to going out to strangers’ houses and collecting candy. And because we’re adults, we’re more apt to think, ‘I’m a grown ass man/woman, I can just buy a bag of candy any damn day I want!’. But then at work they have candy lying around and everywhere you look there’s free candy – next thing you know, you’re surrounded by wrappers and you wake up from your sugar coma wondering what just happened. And it happens pretty much from mid-October on to mid-November. This is a problem. Avoid it at all costs. What would your dentist say??

Deciding Which Halloween Parties Not To Go To 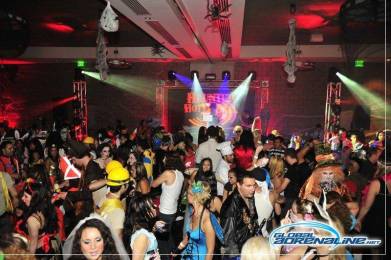 As previous mentioned, Halloween in your 20s means bars and parties and less going door-to-door. But I’m gonna be honest with y’all – as I approach the big 3-0, I want nothing to do with that. Maybe it’s just me, and I fall in a minority (in more ways than one) of not wanting to go rage in an outfit I’m only going to wear once. Is it a sensible affair with wine and mostly people I know? I’m available. Count me out if it’s a party with more than one Sexy *Item that should never be sexy* costume and a keg. I’m actually too old for that shit.

Halloween is one of the few holidays that circle around the tradition of watching a certain genre of movies  – Christmas has its own set of films and scary movies are reserved for Halloween. I personally don’t partake in this particular tradition, as I’m more of a Twitches girl, myself. But I get the allure.

I hate to say it, but I’ve seen it. I’ve seen the store displays with my own two eyes and it’s real.

One thought on “On October 1st, He Asked Me What Day It Was”