With the final day of TEENS BE READING week here, we’re going to take a look at what could have been in the YA world. Missed opportunities, regrets left and right, plenty of hanging heads down in shame for never giving readers what they really want – novelizations of their favorite TV shows and movies.

In the literary world, novelizations are considered trash by any reasonable author’s standards. It’s one of the least creative ways to use your talent as a writer, and one of the most looked down upon. But people still do it. And they’re still entertaining. Mama’s still gotta get that money. Of course, novelizations are nothing new, in fact we’re covered them before with Dawson’s Creek (hint: a Gilmore Girls one may be on deck). There are plenty of books to choose from when it comes to kid and teen shows, such as Full House, The OC and Lizzie McGuire, but unfortunately not all our faves could be translated into the magic that is novelizations.

Here are our picks for what could have been. Books that could have had the chance of having Harry Potter like popularity. Ok, probably not, but it’s nice to dream.

The Summerland novel serves as a final chapter in the cancelled too soon WB series that ended only after two seasons. The book picks up five years later, when Bradin (Jesse McCartney) is a successful professional surfer who, after 3 years sober, resorts back to drinking when he has a string of losses. Meanwhile, we find out Nikki (Kay Panabaker) has lost touch with her former BFF and BF Cameron (Zac Efron), who suddenly became a movie star after he was spotted in the mall by a casting director. In the novel, he attempts to win her friendship – and maybe even her love – back.

The Real World: Seattle : The Slap

One of the most iconic moments in Real World history happened in season seven, when a dramatic showdown between Irene and Stephen led to the slap heard ’round the world. In this novelization, we only follow the lives of Irene and Stephen through a series of alternating past and present day (as in 1998) stories. We follow Stephen as he’s raised by a single mother in a black Muslim household then converts to Judiasm at 15, and we see Irene as she goes through the constant battle with Lyme disease. It all comes to a head when Irene calls out Stephen for being gay in “Present Day”, and his immediate response is to throw her beloved stuffed animal in the Seattle waters then slap her across the face. The epilogue includes Stephen revealing actually IS gay and engaged. To a man.

For years, The Aggro Crag had to deal with tiny little teens climbing up its sides. No matter how hard it tried, they always managed to find their way to the top. In this Choose Your Own Adventure-type book, contestants must choose their paths up to the mount wisely, with rocks, creatures, and very bright lights at every turn. You won’t have a safety harness to rely on this time around, so do, do, do, do, you have it? GUTS.

Following their three TV series, Miami 7, S Club 7 in L.A., and Hollywood 7, the fictional British pop group continued their story via book form. Set in 2002, a year after the Hollywood season, the singers hop in their red convertible and drive to Las Vegas (despite the fact management offered them a private jet) to kick off their six-month residency at the Golden Nugget. The seven-book series features a singer’s perspective in each book. Tina’s got a side job working as a showgirl on her days off, Bradley fell in love with a girl at the Wheel of Fortune slot machines and he may or may not have gotten drunkenly eloped, and Paul is in massive debt due to his gambling problem.

Seinfeld: The Book About Nothing

Literally the one about nothing. The book is full of blank pages. The final page is a sketch drawing of Kramer storming into Jerry’s apartment.

In this non-canonical novelization of Sister Sister, Tia and Tamera’s lost triplet, Tarisa, shows up with a desperate plea for money. Suspicions are raised when they realize that Tarisa doesn’t look like them and appears to be an adult woman. It all comes to a head when Tarisa has to dress up as Tamera to take Tamera’s Geometry test for her for some reason!

This companion novella to the substitute teacher-endorsed “Spanish” hit takes you deep into the world of Fernando and Raquel. Or actually, very shallowly into their world, because all of the dialogue is written in basic Spanish. Raquel’s uncle Jorge is missing at the zoo and she and Fernando have to use all of their rudimentary vocab to find him! ¿Encontrará Fernando al tío de Raquel in el parque zoológico? They’re asking all their best questions and dropping all their most relevant knowledge: !Tío Jorge lleva una camisa roja! !Anduve cerca de las gallinas! ¿Ha visto a mi tío Jorge? ¿Cononce a Jorge, el hombre que le gusta jugar al tenis? 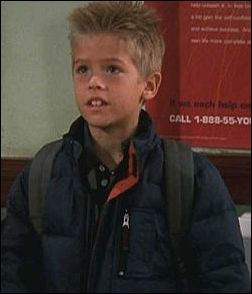 Capitalizing on 90s children’s fascination with Friends, a show about grownups, this chapter book highlights the busy, modernish Greenwich Village life of Ben, a little boy growing up with two moms and a dad he sees once or twice a season. When Ben gets lost in the Natural History Museum, he has to use his dino smarts to find his way back to his dad. He is with his Uncle Joey, but he is mostly useless.

Titanic: My Heart Will Go On And On After the sinking of the Titanic, 17-year-old Rose Dawson (nee Dewitt Bukater) lands in New York with nothing to her name – so she makes a name for herself, first gaining popularity on the Vaudeville circuit, then starring in early silent films. As Rose’s fame grows, she finds herself bound for England aboard the Lusitania. Rose finally lets herself love again – a roguish scamp named Mack Carson – but when the ship meets a tragic fate, Rose must learn that her heart will go on. And on.

It’s a Saturday afternoon in Greater Boston’s zaniest zip code. The Zoom kids have to complete a fun obstacle course across Allston without dropping their balloons – or triggering Zoe’s latex allergy. When someone swipes Alisa’s bookbag during a rousing round of the cup game, the gang has to track it down by snacktime! Where could it be? Find out in this adventure written entirely in Ubbi Dubbi.

2 thoughts on “YA Novelizations That Probably Should Have Happened”