I knew that Serendipity was a romantic comedy that I hadn’t seen, and I was okay with that. I love the genre, but you can’t see them all, right? That was before last week, when I was saw Serendipity in a listicle of Christmas rom-coms. A Christmas rom-com that I haven’t seen is like my holy grail of Netflix-surfing. God. Anyway, it is streaming on Netflix so I decided to remedy the situation STAT, crossing another item off of our long list of pop culture blind spots in the process.

The film opens with Louis Armstrong singing about Santa. So it’s like, CHRISTMAS-CHRISTMAS, not one scene or something. I am shocked.

Molly Shannon is in this? And John Cusack and Kate Beckinsale? I feel like Cusak and Beckinsale make a weird couple, but okay.

This version of Bloomingdale’s at Christmas-time is actually almost crowded and terrible enough to be accurate.

It’s time to talk about John Cusack’s haircut. It’s very feathered for the early 2000s, isn’t it? Like a youth hockey coach in 1991.

Everyone is arguing about a pair of gloves at a store. Please, let this movie not be about people I hate. Anyway, they’re trying to have a meet cute – – also they make a transgender joke that’s not necessarily offensive but still surprising for 2001.

They don’t show the part where they wait in line for 40 minutes to get into Serendipity. Those frozen hot chocolates are legit, though.

My friend who went to high school in Long Island knew girls who had “Serendipity days” where they’d go to the city and do stuff that was in the movie, presumably forcing their boyfriends to play along. It was that popular, apparently. I did wait in line to get into Serendipity 3 during its peak popularity, but as I said, the frozen hot chocolate was legit and I have no regrets.

Best part of this movie so far TBH.

I can’t lie, serendipity actually also is one of my favorite words. It’s a long list, admittedly.

Wow. Cusack (Jonathan), a man with a girlfriend, just went straight for announcing to Kate Beckinsale, a woman with a boyfriend, that he has a crush on her. I think this is about people I hate.

Has the costume designer even been to New York? Or, like, outdoors?

Raise your hand if you’d have to beg off from this date because you’re garbage at ice skating.

I think I’m going to end up loving this movie, as I do most rom-coms, but so far (by the end of the day they meet) I’m not sold yet because we’ve been given no information about these people, and no reason to care about them or whether they end up together.

Instead of just “losing his number,” Kate Beckinsale has Jonathan write his name and number on a $5 bill, spends it, then says if it comes back to her it will be meant to be. That is really some high order Manic Pixie Dream Girling.

For the record, we still don’t know Kate Beckinsale’s name.

I can’t help but be annoyed that both of these people already have significant others who they’ve been ditching all night.

There are a lot of Christmas sweaters! Non-ironic ones. Were those more popular 15 years ago? 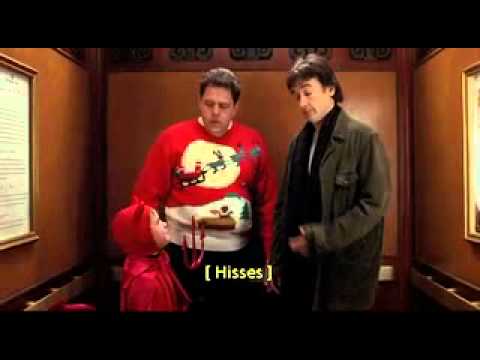 Cool, now Jonathan is making a whole elevator full of people stop at every floor to find the one that Sara whimsically chose so that she could see if there was *fate* or something.

Awesome. NOW Jonathan is grabbing random brunette women on the street from behind while looking for Sara. Bro. Go home to your girlfriend.

A few years later, Jonathan is engaged to not-Sara. Sara is a therapist or something in San Francisco living in a picturesque cottage that’s got to have an insane market value. She also gets engaged in a fire hazard candle death trap with a ring inside of a Russian nesting-box scenario. Can nobody in this movie just do things the easy way? 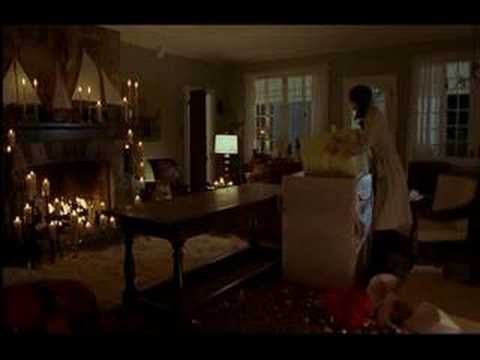 Jonathan goes through life imagining Sara everywhere, like that one episode of Full House where the Tanners go to Disney and D.J. keeps seeing Steve.

Sara’s fiance plays sitar (?) and is inconsiderate, so you instantly dislike him and want her to find Jonathan’s manic pixie five-spot.

Molly Shannon is here! Why isn’t she in everything? She is delightful.

OK, but Sitar Fiance is hilarious. I mean you hate him, but he’s so dopey that it’s funny.

Sara and Molly Shannon are in NY to hunt for the guy she could have just given her phone number to years ago.

Molly Shannon, the sassy strait-talking best friend who is all of us, tells Sara that if everything in life were determined by fate there would be no reason to do anything, ever.

It’s so hard to remember which one is Kate Beckinsale and which is Kate Bosworth. Kate Beckinsale, British, has a 16-year-old which I always find surprising. Kate Bosworth, American, was in Blue Crush and 21, a movie I went to on a first date with a guy who turned out to be a mistake.

Jonathan and fiancee Halley are at their wedding rehearsal, which means I may have to hate him for inevitably – but serendipitously! – falling in love with Sara, unless she’s cheating.

But he will fall in love with her, because Molly Shannon turns out to be friends with Halley. Plot twist! SERENDIPITY.

As a groom’s gift, Halley gives Jonathan a book. Not just any book, though! Sara’s Manic Pixie Dream Book with her phone number in the cover.

Either there is a ticking clock sound effect to show that time’s a-tickin’, or there’s a clock somewhere in my house living room that I didn’t know about.

There’s some convoluted stuff with Jonathan and Sara both flying places.

Remember when you had to pay for headsets on airplanes?

Anyway, Sara gets the manic pixie fiver on the plane.

Oh okay cool. Now he’s laying down, just waiting to get run over by skate blades. Like I know your wedding was just cancelled, but you seemed not that into your fiancee anyway, so.

Sara comes to take Jonathan off the ice and they fall in love, then they do that annoying thing with the gloves again.

Is the lesson supposed to be that true love is always fate? Because I think the lesson is really that if you leave things up to fate, you end up having to do 20 times more work to get what you want than if you had just gone after it in the first place.