Over the weekend, President Obama gave his very last White House Correspondents’ Dinner speech, and he ended it with the best way possible.

Republican or Democrat, I think most of us can agree that he is one of the only presidents with enviable comedic timing. With each of his WHCD speeches, he proved that he can tell a joke and tell it well, and often better than the chosen comedian to speak after him. I looked forward to his Nerd Prom roasts every year, but since we won’t be blessed with his comedy (at least in the White House setting) anymore, at least we have eight speeches to look back on if we ever need a good laugh in the future. Here are some of his best jokes from President Obama’s WHCD speeches over the years.

“While in England, I did have lunch with the Queen, took in a performance of Shakespeare, hit the links with David Cameron. Just in case anybody is still debating whether I’m black enough, I think that settles the debate.”

To Bernie Sanders in the audience: “I’m disappointed you’re distancing yourself from me. That’s just not something you do to your comrade.”

“Last week, Prince George showed up to a meeting in his bathrobe. That was a slap in the face. A clear breach of protocol.”

“I don’t want to spend too much time on the Donald. Following your lead, I want to show some restraint. Because from the start, I think he’s received the right amount of coverage, fitting the seriousness of his campaign. I hope you’re all proud of yourselves. The guy wanted to give his hotel business a boost, and now we’re praying that Cleveland makes it through July.”

On Jeb Bush mistakenly marking “Hispanic” on a form: “Look, it’s an honest mistake – reminds me of when I identified myself as American back in 1961.”

“Rick Santorum announced that he would not attend a gay or lesbian wedding of one of his friends or loved ones, to which gay people responded, ‘That’s not going to be a problem.'”

“And Donald Trump is here. Still.”

“Those Joe Biden shoulder massages, they’re like magic. You should try one. Oh, you have?”

Everything about Keegan-Michael Key as Obama’s “Anger Translator”. Barack will not break. It is amazing.

“Let’s face it, Fox, you’ll miss me when I’m gone. It’ll be harder to convince the American people that Hillary was born in Kenya.”

“How well does ObamaCare have to work before people don’t want to repeal it. What if everyone’s cholesterol drops to 120? What if your yearly check up came with tickets to a Clippers game? Not the old Don Sterling Clippers, the new Oprah Clippers! Would that be good enough? What if it gave Mitch McConnell a pulse?”

“I did notice, Sasha needed a speaker at Career Day. She invited Bill Clinton. I was a little hurt by that.”

“Republicans continue to refuse to extend unemployment insurance. You know what, I am beginning to think that they’ve got a point. If you want to get paid while not working, you should have to run for Congress just like everybody else.”

“These days, the House Republicans give John Boehner a harder time than me, which means that orange really is the new black.”

After DJ Khaled’s All I Do is Win plays as Obama walks to the podium. “How do you like my new entrance music? Rush Limbaugh warned you about this – second term, baby… My advisers were a little worried about the new rap entrance music. They are a little more traditional. They suggested that I should start with jokes at my own expense. Just take myself down a peg. I was like, guys after four and a half years how many pegs are there left?”

“Now, look, I get it. These days, I look in the mirror and I have to admit, I’m not the strapping young Muslim socialist that I used to be. Time passes. You get a little gray.”

“I know republicans are still sorting out what happened in 2012. One thing they all agree on is that they need to do a better job reach out to minorities. Call me self centered, but I can think of one minority they can start with. *raises hand* Think of me as a trial run. See how it goes.

“I remember when BuzzFeed was just something I did in college around 2 a.m.”

That time Beyonce & Jay went to Cuba pre Obama easing Cuban/U.S. relations: “Maybe I have lost a step, but some things are beyond my control. For example this whole controversy about Jay Z going to Cuba. It’s unbelievable. I’ve got 99 problems and now Jay Z is one of them.”

“One senator who has reached across the aisle recently is Marco Rubio. But I don’t know about 2016 – I mean the guy hasn’t even finished a single term in the senate and he thinks he’s ready to be president.”

“I want to especially thank all the members who took a break from their exhausting schedule of not passing any laws to be here tonight.”

“(WHCD host) Jimmy (Kimmel) got his start years ago on ‘The Man Show.’ In Washington, that’s what we call a congressional hearing on contraception.”

“Four years ago I was locked in a primary battle with Hillary Clinton. Now she won’t stop drunk-texting me from Cartagena.”

“What a week. As some of you heard the state of Hawaii released my official long-form birth certificate. Hopefully, this puts all doubts to rest. But just in case they’re any lingering questions, tonight I’m prepared to go a step further. Tonight, for the first time, I am releasing my official birth video. *see birth video here* I want to make clear to the Fox News table that was a joke. That was not my real birth video. That was a children’s cartoon. Call Disney if you don’t believe me, they have the original long-form version.”

Obama drags Trump STILL: “Now, I know that he’s taken some flak lately but no one is prouder to put this birth certificate matter to rest than The Donald. And that’s because he can finally get back to focusing on the issues that matter, like, did we fake the moon landing? What really happened in Roswell? And where are Biggie and Tupac? All kidding aside, we all know about your credentials, and your breadth of experience. For example, on a recent episode of Celebrity Apprentice, at the steakhouse, the men’s cooking team did not impress the men from Omaha Steaks. There was lots of blame to go around, but you, Mr. Trump, recognized that the real problem was a lack of leadership. Ultimately, you didn’t blame Lil Jon or Meatloaf, you fired Gary Busey. These are the kinds of decisions that keep me up at night. Well handled, sir! Well handled.”

Bonus joke from host Seth Meyers (the best one, TBH): “Trump has said he’s got a great relationship with ‘the blacks.’ Unless the Blacks are a family of white people, I bet he’s mistaken.”

ANOTHER BONUS: This was also the year (night) Barry had secretly ordered Osama Bin Laden to be killed, read more about it here

Remember Jay Leno? “The only person whose ratings fell more than mine last year is here tonight. It is Jay.”

“I wasn’t sure that I should actually come tonight. Biden talked me into it. He leaned over and he said, ‘Mr. President this is no ordinary dinner. This is a big fucking meal.” JIC you forgot what that was in reference to.

“I had an entire speech prepared for this wonderful occasion. Now that we’re here I want to try something different. I’m gonna speak from the heart. I’m gonna speak off the cuff. *telepromopter stands rise* Good evening. Pause for laughter.” (lit’rally his first ever lines from the WHCD)

“Mother’s Day is a tough holiday for Rahm Emmanuel, because he’s not used to saying the word “Day” after “Mother”… That’s true.”

“All our jokes tonight are brought to you by Goldman Sachs. They make money whether you laugh or not.”

“All this change hasn’t been easy. Change never is. So I’ve cut the tension by bringing a new friend to the White House. He’s warm, he’s cuddly, loyal, enthusiastic. You just have to keep him on a tight leash. Every once in a while he goes charging off in the wrong direction and gets himself into trouble. But enough about Joe Biden.”

“In the next hundred days, our bipartisan outreach will be so successful that even John Boehner will consider becoming a Democrat. After all, we have a lot in common. He is a person of color. Although not a color that appears in the natural world. What’s up, John?” 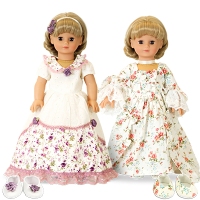