Well folks, she made it. Lindsay Lohan is celebrating her 28th year on earth today and we’re all alive to witness it. We’ve watched LiLo grow up in front of our very eyes – from The Parent Trap to acquiring an annoying celebrity nickname to befriending Oprah, Lindsay’s roots as a child star have putting her in the precarious position of being scrutinized in the public eye while still attempting to have a professional career. And while her heyday came between the late 90s and early 00s, Linds has still been in a number of films and TV cameos in her nearly 20 year career in the business, and many with exceptional co-stars. But let’s be real, how many of these outstanding co-stars deserved better than Lindsay Lohan? Hint: almost all of them. But in honor of Lindsay’s 28th birthday, here’s a definitive list of which of her former castmates deserved way better than a (in some cases, future) drug and alcohol addled LiLo to share the screen with.

28)  Megan Fox from Confessions of a Teenage Drama Queen

Who knew Megan Fox would turn into one of Hollywood’s sexiest and most profitable stars? Well she did, even though it may have been hard to tell when she played opposite Lindsay in this teen musical movie. Actually, as I’m looking at this picture, maybe Lindsay’s hat should’ve been on the list instead.

Linds served as a guest judge on the season six premiere of the fashion competition series, but let’s be real – the best part of Project Runway is Tim Gunn. And his fabulousness was wasted on Lindsay – like what even are those pants? She couldn’t even make those work.

26) The garbage can she fell into in Mean Girls

Warning: this is just the first of a few Mean Girls co-stars on this list – but I feel like one of the most iconic scenes from the movie is this one, with Lindsay’s legs just sticking straight up in the air. Who falls into a garbage can like that? And what ever happened to the garbage can after filming?

If you don’t remember this show, it’s because it didn’t last long – Lindsay played Bette Midler’s daughter in the pilot, but when production moved from New York (where she was based) to LA, she had to pull out. Probably for the best since the show was short-lived and Bette probs could’ve found another child star.

Jamie Lee Curtis: THE scream queen and certified babe of the 1980s/1990s. She quickly became an A-list actress and then she decided to do this Disney movie with LiLo? Not to mention she came from Hollywood royalty (Janet Leigh and Tony Curtis).

I have a renewed love of Woody Harrelson after seeing him in The Hunger Games and True Detective. This guy can act. He’s not just the bartender from Cheers anymore (is that a reference people still make these days?) But his acting skills are severely undervalued and he should be playing quality roles like True Detective more often.

22) Natasha Richardson in The Parent Trap

To be fair, The Parent Trap kicked it all off for Lindsay, when she was still young and full of promise, so working with the great Natasha Richardson before her death is such an honor. Like Jamie, she’s Hollywood/possibly British royalty (Tony Richardson & Vanessa Redgrave) and was taken way too soon – Natasha seemed like a breath of fresh air when watching her on screen and made a simple kid’s film into a movie full of heart and hope.

Rachel McAdams is the actress that Lindsay should’ve become, if it weren’t for the, you know, downward spiral and all.

When Georgia Rule was made, Lindsay was in her prime – it was a post-Mean Girls world and she had so much hope and promise as a young actress that it’s obvious why Jane Fonda, a longtime veteran of the industry would want to work with her. It’s just that also around this time, Lindsay could barely work with herself.

After appearing in this classic Debbie Downer sketch (its first appearance on the show ever!), Jimmy has always been a fan/supporter of Lindsay – although who ISN’T he a fan of? Anyways, she’s appeared on his show multiple times and even participated in bits like Ew! JFal is one of the greatest comedians of our time and Lindsay’s just lucky he likes her.

I will say this about Lindsay: she’s actually been pretty good every time she hosts SNL. She’s not afraid to make fun of herself and always goes all in. Except for that last time she hosted – it was like Britney made her first public appearance since the meltdown and you could TELL she was on all these drugs to keep her sane. Anyways, SNL is clearly the breeding ground for the best comedians in the game, so when acting alongside the likes of Chris Parnell, you gotta step your game up. I know it’s hard to be funny sometimes, but you can’t win ’em all.

True story: when we were in high school, we decided to see this movie in the theater solely based on the fact that Lindsay was in it and singing. It was probably one of the most boring movies of our teenage lives, and a lesson on why you should never go to see a movie you’re not interested in (plot wise) just because there’s an actor/actress in it that you want to see. Anyways, revered funnywoman Lily Tomlin is in this and she sings with Lindsay.

Because Danny DeVito lookalikes are hard to come by these days and she was severely underused.

15) James Franco in the fake movie in The Holiday

Lindsay and James Franco made a surprise appearance via movie trailer as the stars of the film that Cameron Diaz’ character was editing. Like Lindsay, James had already appeared in a bunch of TV shows and films prior to The Holiday, but let’s face the facts – only one of these people has earned an Oscar nomination.

Ah, Chad Michael Murray: The teen heartthrob so nice, they named him thrice. It’s hard to believe, but when Freaky Friday came out CMM was in his early 20s and seemed a bit old for Lohan. Only five years had passed since The Parent Trap, and little did we know that in five more years, LiLo would be filming such classics as Labor Pains.

Take yourself back to 2004. Lindsay Lohan was THE teen queen – I mean, she even had a public feud with Lizzie Maguire herself, Hilary Duff, for goodness sakes – and the teen king of the day was none other than (technically 26-year-old man-child) Ashton Kutcher. Of course, Lindsay’s real That 70s Show love was Wilmer Valderrama. We’ll address that later.

Imagine what could have happened if Ana Gasteyer had been able to sub in as Lindsay Lohan’s actual mother instead of Dina “Not Really A Rockette” Lohan.

Wilmer Valderrama dated fresh-faced, attractive, pre-train wreck 2004 Lohan. This makes him fare better, dating-wise, than any other guy named Wilmer – past or present.

10) Chris Pine in Just My Luck

Remember Just My Luck? It doesn’t even air on TBS or  ABC Family, but it was a sort of TV movie-quality theatrical release. It was an early attempt to turn LiLo into a RomCom leading lady a la Meg Ryan or Katherine Heigl (WHY ARE NONE OF OUR REFERENCES CURRENT? Do they even still make these movies? I feel like the last one I saw was in about 2009). Anyway, Chris Pine was a beautiful newcomer at the time. 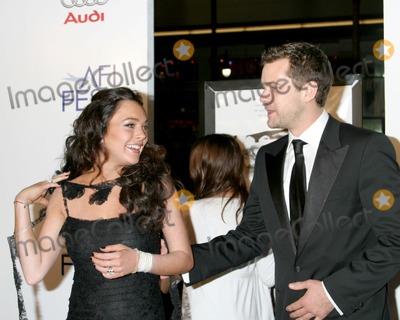 Proving that “slow and steady wins the race” (s/o to Aesop!), you didn’t hear too much from Lizzy Caplan right after Mean Girls, except for effusive praise from her co-stars. Now she’s winning acclaim for her role on Showtime’s Masters Of Sex, while Lohan is garnering attention for her factually inaccurate list of sex partners.

Maya Rudolph is one of those actors who’s able to make anyone she’s working with look good. Plus, she seems like a really fun and nice person. We’re jealous.

5) A Pre-Drugs Lindsay Lohan in The Parent Trap

The frustrating thing about Lindsay’s long, horrible demise is that at one time, she was really good. So how lucky were the people who got to work with Lindsay before all the troubles? Among those lucky people: Lindsay herself, really Orphan Black-ing it as Hallie and Annie in her film debut.

Before Lindsay was accidentally calling out Jennifer Lawrence for saying “I beat Meryl!” at the Golden Globes, Lohan was costarring with Streep herself! But make no mistake: A Prairie Home Companion was still boring. Or, I mean, we thought so when we were 18 anyway.

Look, if you can’t build a viable career after Tina Fey wrote your breakout role, I don’t think anyone can help you. And don’t say that Tina didn’t try. Around the era we were all first realizing Lindsay wasn’t doing so great, Tina Fey and the other SNL folks even staged an intervention for her. Remember that show Intervention? If they’d had Tina Fey as the coach instead of that random guy they did have, they probably would have had a 99% success rate.

Again, if having Amy Poehler as a potential mentor cannot help you rise above, I am not sure what can. I mean, Ask Amy videos alone are responsible for thousands of women Lindsay’s age (I mean… teen girls, who are the target audience, right?) getting their shit together.

WHO LET HER WORK WITH A CAR?

She isn’t great with cars, guys.

Herbie is an icon. He deserved better.