Today, Amy Poehler’s younger brother, Greg, will make his American debut with his TV show called Welcome to Sweden. That’s right, we’ve been blessed with double the Poehler on NBC. All our dreams are coming true, y’all.

The show is based on Greg’s real life, in which he gave up his job as a lawyer in New York City to move to Sweden with his wife in her native country. IRL, Greg decided to try the whole comedy thing out like his big sis and started doing stand-up in Sweden. He eventually put his comedic skills to paper (or Final Draft, I suppose) and wrote the script for the show. Not knowing much about screenwriting itself (he legit Googled how to write a script), he sent the pilot to Amy with the intention of asking her if he used the right font. Instead, Queen Amy decided to produce the show. It’s already a massive hit in Sweden and has already been picked up for season two!

On the series, Greg plays Bruce who quits his job as an accountant to celebrities in NYC (with clients such as “Amy Poehler”, who is an exaggerated version of the real Amy Poehler) to move to Sweden to be with his girlfriend. The show centers on Bruce’s struggle to start from scratch in a brand new country, including learning the language, getting acquainted with the culture, and making sure that his relationship with his girlfriend was worth the move to a new continent.

I sneakily watched the pilot earlier this week and I’m not just saying this because we’re kind of obsessed with Amy, but the show is good. Like, real good. It’s funny, the writing is great, the acting are superb, but most of all, it has heart. Like sitcoms such as Modern Family, The Office and even Parks and Recreation, the show balances an equal level of high quality comedy with the ability to touch you at the core, possibly even making you shedd a tear or two. In fact, it’s so good that NBC could’ve easily put this in their primetime schedule for the upcoming season, but (for once) made a brilliant move by debuting it in the summer, when there are hardly any new scripted shows. And for people like me, who still yearn for regular TV programming even in the summer/vacation months, it’s a welcome addition to the lineup.

Okay, so if that’s not enough to get you to watch the show, here are a few more reasons why you should give it a try:

Alright, I know that Greg’s his own person, and doesn’t deserve to live in Amy’s amazing shadow, but when your sister is Amy Poehler, you kind of have to mention it. One of the reasons why I adore her so much is that she seems genuine and truly cares for those around her. And she doesn’t care for your bullshit. She could have easily told her brother the pilot script was bad or that she didn’t want to be a part of it, but in true Amy fashion, since she strongly believed in the show, she decided to produce (and guest star) in it. Amy Poehler does what she wants to do. But let her tell you why you need to tune in…

Guys, I cannot even with these two. WHAT ARE THEIR FAMILY GATHERINGS BACK IN MASSACHUSETTS LIKE?! How do I attend a Christmas dinner?? We can all go to Dunks and coffee will be on me! I just want to hear Greg tell a joke, their parents talk about the Sox in their Boston accents, and hear Amy cackling in the corner. Their dynamic on screen is just as fantastic as it is off.

Greg Poehler is the Ultimate ‘If They Mated’

As I was watching the pilot, the similarities between Greg Poehler and Greg Kinnear were obvious, but then there was this one scene where Greg P looked and reminded me exactly of Mike Schur. For you folks that aren’t comedy nerds, Mike is the creator/executive producer/writer of Parks and Rec and Brooklyn Nine-Nine, and previously served as a writer on shows like SNL and The Office – the latter of which he appeared as Dwight’s weird cousin Mose. While Greg may be a physical doppelganger to both of these men, he also has their combined talents. Greg K. is obviously a super talented actor, and likewise, Greg P. shows off both his comedic and dramatic styles in Welcome to Sweden. And like Mike Schur, Greg has taken on the task of becoming a multi-hyphenate for the series as an actor, writer and executive producer. Obviously as viewers, we only get to see the acting side of it, but boy I’m telling you, he does a great job at balancing all three.

You’ll Have Wanderlust for Sweden

I’m gonna be honest with you – I’ve never *dreamed* about going to Sweden. If someone asked me if I could go anywhere in the world right now, Sweden wouldn’t be at the top of the list (but it wouldn’t be at the bottom either). However, after watching the show, it’s definitely moving up. In the interview above, Amy says Sweden is still enigmatic to most Americans – which couldn’t be more true. We have very limited knowledge of the country (Ikea), and I think Welcome to Sweden will “put it on the map”. The culture in particular seems so intriguing, because they’re so weiiirrd. There are a bunch of culture-y references in the pilot that we probably won’t get but the Swedes probably lapped it all up. Anyone up for a Scandinavian vacay?

One of the advantages of being Amy Poehler’s brother, I imagine, is having connections. In the first season, Greg recruits Amy’s Parks and Rec co-star/BFF Aubrey Plaza, her former SNL castmate Will Ferrell (whose wife is also Swedish), real Swede Malin Ackerman, KISS rocker Gene Simmons, who, like Amy, all play ridiculous versions of themselves as clients of Bruce. Oh and Patrick Duffy of Dallas and Step by Step fame. Apparently he’s still super popular in Sweden because Dallas was THE biggest show and he was the most impressive “get” out of all the guest stars. Who knew?! And since they really do film in Sweden, Amy says they’re hoping to get “as many Swedish actors as we can on the show.” And that includes all of the Skarsgards including Stellan and his son Alexander.

Because You Need a New Person to Obsess Over

I imagine I will be seeing so many Welcome to Sweden gifsets on Tumblr after tonight, and particularly of one Mr. Greg Poehler. I would just like to reiterate that he used to be a intellectual property lawyer and majored in Math at Boston College. What I’m trying to say is that he’s not dumb and still really funny. And just like his sister, he doles out great advice, leading me to think that the Poehlers are obviously some kind of robots created by Oprah to create the perfect human beings.

“If this is it, then you should try to enjoy it even more. If you only get one roller-coaster ride, you don’t want to be thinking about the second one when you’re on it.” Greg giving you the real shit {x}

In saying this, I’d like to dedicate this post and all my posts about these siblings moving forward to Bill and Eileen Poehler, for creating two of the most beautiful and smart creatures that walk this earth. 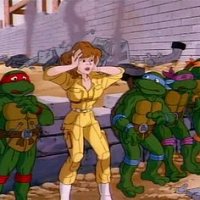 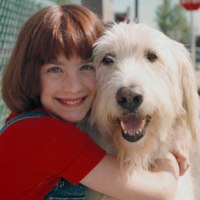