Nobody lives like Mormon mommy bloggers – not even Mormon mommy bloggers. Their whole life looks like it’s on purpose. If your blogroll includes a few of these Etsy-shopping, organic waffle-making, cute apron-wearing ladies, you know what I mean. If there were a way to engineer a lifestyle where I was a Mormon Mommy Blogger without actually having to be Mormon or a mommy, I’d be down. That doesn’t seem possible, so instead I can’t help but fantasize about an alternate universe in which I was born in Provo, have 8 siblings, and run an online children’s stationery shop while raising impeccably-dressed kids.

For starters, if I were a Mormon Mommy Blogger … I’d be Mormon. That part doesn’t really interest me — except for the crisp white underwear onesies, which seem so pristine and wholesome that they’re like the underwear equivalent of having fresh farm milk delivered in glass bottles to your door — so let’s move on. I’d be a “mommy,” though, and by my late 20s I could have quite a collection of them: Jasper, Oliver, Clyde, Florentine, and Birdie. Or Wren. I haven’t decided on the last one for sure. Unlike real children, they’d never wear anything with licensed characters on it. Instead, the boys would look like Mumford sons and the girls would dress like cats from a Richard Scarry book. 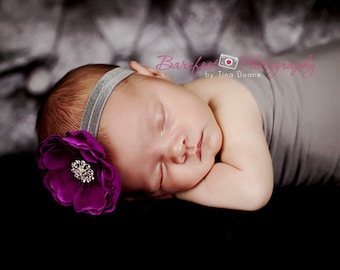 When accessorizing, think to yourself: “What would a baby from Etsy do?”

My color palette would best be described as “Wes Anderson-y” or “Deschanelesque.”

If I were a Mormon Mommy Blogger, I’d cop to flaws to seem more human, like the leading lady in a rom-com who is beautiful and accomplished, but also trips a lot. For instance, maybe I’d be a little too obsessed with some type of cute dessert. It couldn’t be Hostess Snowballs or vending machine ice cream sandwiches or anything that you can picture coating your insides with First World Diseases. It could be gelato or some sort of attractive donut, though.

My fatal flaw: I love eating a single, picturesque macaron after a long day shopping for cute fabrics that I definitely know what to do with.

That’s as bad as it can get, because you can’t be gross and be a Mormon Mommy Blogger (I mean your kids and your dog can, and you probably write about that, but it’s different). In contrast, I do things like realize that I haven’t cleaned the rim of my aluminum water bottle until a film of orange sludge has developed. I bet Mormon Mommy Bloggers’ lunch bags don’t smell like a dead man ate a bunch of fruit then farted into it- and if they did, they wouldn’t tell you that. Besides, they eat lunch at home, on Depression glass.

The best part about being a Mormon Mommy Blogger would be the house. It would look like an undergrad design major’s aspirational Pinterest (the board is called “Someday…”, with ellipses). I’m thinking it would be a mid-century ranch or a converted 1890s schoolroom, but anything pre-1970 will do in a pinch. Mormon Mommy Bloggers do not have wall-to-wall carpeting. They do, however, have chevron, birds, and owls. I’m sure one of my talented friends would sell hand-lettered wall hangings, so I’d score some of those.

As a Mormon Mommy Blogger, I’d be so precious that I’d have a lot of household items of limited use. Grapefruit spoons, cherry pitters, summer lap blankets, a tiny ceramic mortar and pestle for grinding chia seeds – they’d all be indispensable. We’d have some sort of a twee weekend breakfast tradition, like crepes while reading the Sunday morning comics (it’s not a big deal or anything, but we have a crepe maker). In this universe, I’d be entertained by Sunday morning comics. It would be so cute to be into Nancy or Dick Tracy, but I just can’t. I wouldn’t really “get” Dilbert, but then again, who does?

Oh, to be the kind of adult woman who thinks this is funny. Fun fact: my new niece is named Lulu and everyone over the age of 45 says “oh, like Little Lulu!” so apparently there’s an audience for this?

Somewhere between running my home business and raising children named after old men or wildlife, I’d also do a lot of stuff just for fun. I’d throw parties that are on purpose — theme-y ones, like in the summer we’d all go outdoors with mason jar lanterns and paint silhouette portraits and make root beer floats (can I have rootbeer? better check), or in the winter, a sledding party with a cookie component. The soundtrack would be all adorable ladies with ukuleles, or some artist I’m into who predates the British Invasion. Buddy Holly, maybe.  Of course we’d all play with the dog a lot. The dog has a different surname from our own for some reason, like Mr. Wadsworth or Boots McIvins. Basically anything that sounds like it could be one of those stripper or soap opera names you’d construct in junior high using your grandma’s middle name and your first street. I’d have a hobby – probably photography. In my Secret Provo Life, I’d post a lot of pictures taken in natural light highlighting my freckles. I mean, I have more freckles than anybody I’ve ever seen, but in this world I’d be into having them. It would be like my thing. I have to be positive, because Ruby-Faye has them too. Wait, what were the kids names again?

I’m not saying I’m going to go Single White Female on a Mormon Mommy Blogger, although I’m also not saying not that, if you know what I mean (I don’t).  Mormon Mommy Bloggers are doing what everyone with an online presence does — editing out the boring or unattractive bits of life and painting a nice picture. But you have to admit, they paint it ten times more adorably than any of the rest of us can manage. I’m pretty sure their lunch satchels still smell like fruit farts though, even if the fruit is organic, local, and probably cut into the shape of other fruits somehow.