The Canadians have taken over the White House and boy are Americans happy about it. Yesterday, the (fairly) newly elected Canadian Prime Minister Justin Trudeau and his wife Sophie Grégoire Trudeau arrived in Washington, D.C., marking the first official visit by a Canadian leader to the U.S. in nearly two decades. If you don’t know anything about Justin Trudeau and “Trudeaumania”, I wrote about him a while back, so get acquainted. You’ll need to as he continues his world domination. Canada and the U.S. have always had a friendly alliance, and that was clearly on display when PM Trudeau and President Obama got together on Thursday. The Internet immediately noticed the budding #bromance between JT and Barry, and soon people were pitching buddy cop comedies and podcasts of them bantering back and forth about which country is better (that was me. I did that).

I just wish someone would look at me the way Trudeau looks at Obama… pic.twitter.com/R4VqgDrmb9

And while I admit I’d love to see these two become besties and take over the world together, I’d be remiss to glaze over the other romance that’s happening in the Beltway right now – the glory that is power couple Michelle and Sophie. Mophie? Sochelle? Sochelle. Either way – #FLomanceGoals (First Lady).

While the boys were busy talking climate change and international trade and other world leader topics, the women got together at an event for Let Girls Learn, an initiative which promotes girls education. Before speaking to a select group of young ladies from across the country, Michelle said this of her new BFF Sophie:

“(Sophie) is like, my soul mate right now. We’re already gotten into trouble. We’re gonna be in a lot of trouble before this visit is over. In addition to being beautiful and funny, she’s got a great sense of humor – she was cracking me up back there.” {x}

They met hours before, you guys. But it’s easy to see why Mich fell in love so quickly. Backing it up a bit, most of us already know Michelle’s background. But here’s a quick primer on Sophie:

So now that she’s your favorite person, just imagine being in a room with her AND Michelle. Any time two intelligent, empowering, beautiful, witty ladies get together, I’m into it. But if it’s Michelle and Sophie – I am FOMO jealous to the MAX. Just LOOK at them:

They laugh and have fun!

and sophie legit saved michelle from almost falling off the stage. TRUST FALLS. 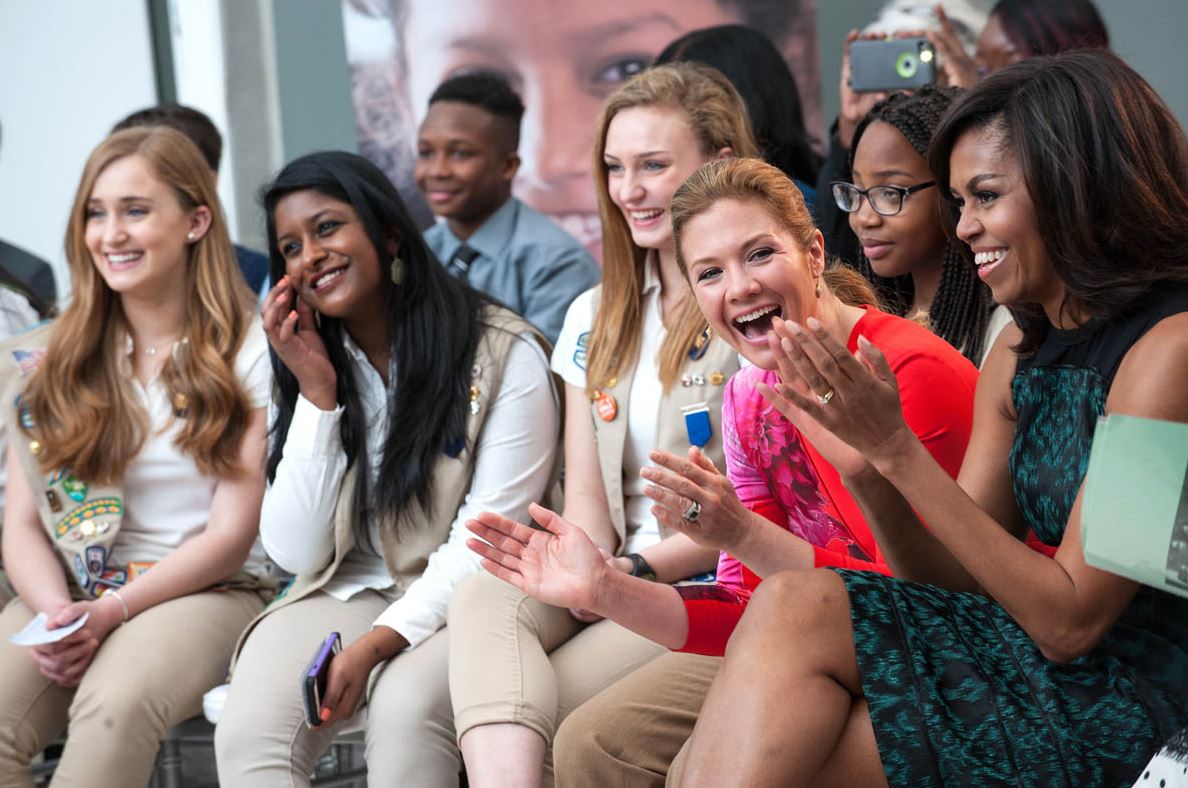 they empower and encourage girls together!

when your bestie knows you look fine af

So, in short, what are the chances we can get the Trudeaus to move to America? Or better yet, have a Trudeau/Obama ticket for… 2016? Too late? Not possible in the slightest? Ok. Well I’ll settle for a seat at their dinner parties then. Goals AF.