We’ve been blogging about the Oscars for four years now and watching them for about 20 – and that was hands-down the nuttiest night in our Academy Awards memory. From Denzel’s shocking loss to Viola’s triumphant win, Auli’i Cravalho’s otherwordly poise and composure to Lin’s endearing joy, culminating in the most INSANE deus ex machina ending we’ve ever seen – when the wrong envelope was opened and La La Land was announced the winner, only to have producers come out and confirm that the rightful winner as Moonlight – there was a whole lot going on. It’s almost enough to make you forget that it was an amazing night for fashion, too. Key word: Almost. Because no matter what insanity went on with the envelopes, we feel pretty confident about who the winners of our Best Dressed prizes should be. 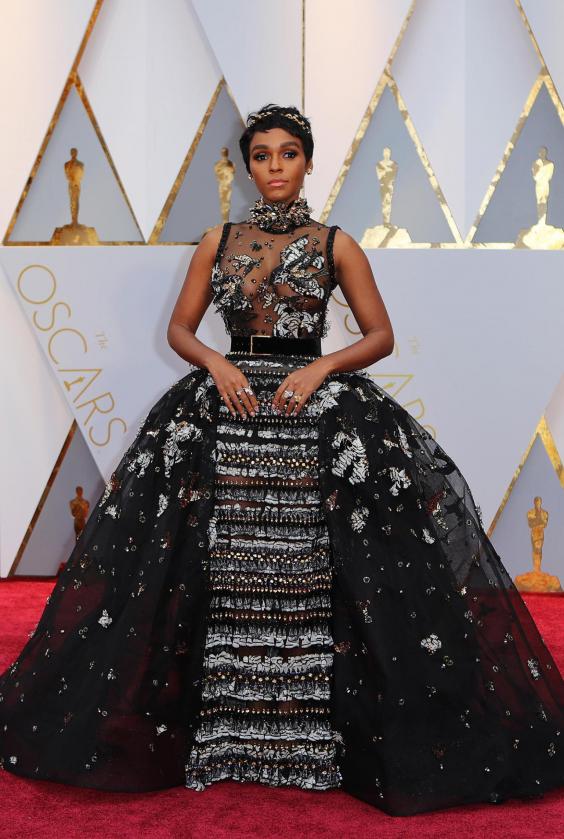 I’ve been a Janelle Monae stan since The ArchAndroid, and I am having SUCH an “I’ve been telling you all” moment right now. Things to know about Janelle’s fashion choices: for quite some time she only appeared in black and white tuxedos, but she has relaxed her “uniform” and now wears gowns, always in her signature black and white. Her albums center around a futuristic sci-fi mythology, a world populated by androids with lots of cool space allusions. I could see this look flopping on somebody else, but knowing Janelle’s penchant for black and white, and her fusion of sci-fi and soul, an Oscar gown where she looks like an intergalactic android empress is the best and, honestly, only appropriate choice. Also: that short hair and grecian headband: excellent.

Like with Janelle Monae’s dress, I love Emma Stone’s gown as much for what it represents as for how it looks. For a lot of us, Givenchy will always be synonymous with Audrey Hepburn, and in fact Emma is the first person to win Best Actress in Givenchy since Audrey. As I’ve said other years, I always love when nominated actresses dress with an eye towards the fact that this may be THE dress for them: the image that will be called up throughout their career and used in stories about them when they’re old ladies. And with La La Land so glitzy and classic, this Old Hollywood look is a symbolic choice – a gown that could have been featured in one of the classic films Emma’s character Mia grew up checking out of the library. A note about makeup: every single time I see Emma in a lip color, I think that it’s HER color. Coral: her color. Bright pink: her color. This brick red: her color. She has a complexion for lipstick, which I didn’t realize was a thing until just now. Also of note, Emma is sporting a small Planned Parenthood pin.

Evidently the inspiration for this look was “pagan goddess.” I was going to say a more streamlined take on a demure Victorian look, but either way. I wouldn’t love the high neck and long sleeves on just anybody, but Ruth has such long, straight lines and I think it complements her perfectly. I love the contrast of the brighter, orange-y red with the deeper ruby on her headpiece and earrings. I find this dress to be a great example of dressing FOR your type (Ruth is this year’s pixie-like ethereal Irish nominee, after all), instead of against it. My only very minor gripe is that red dresses always look odd on the red carpet because of the contrasting tones. Note the blue ribbon for the ACLU.

Love the pillar dress, love the embellishments, actually love that this whole look is basically monochrome except for her lip color. 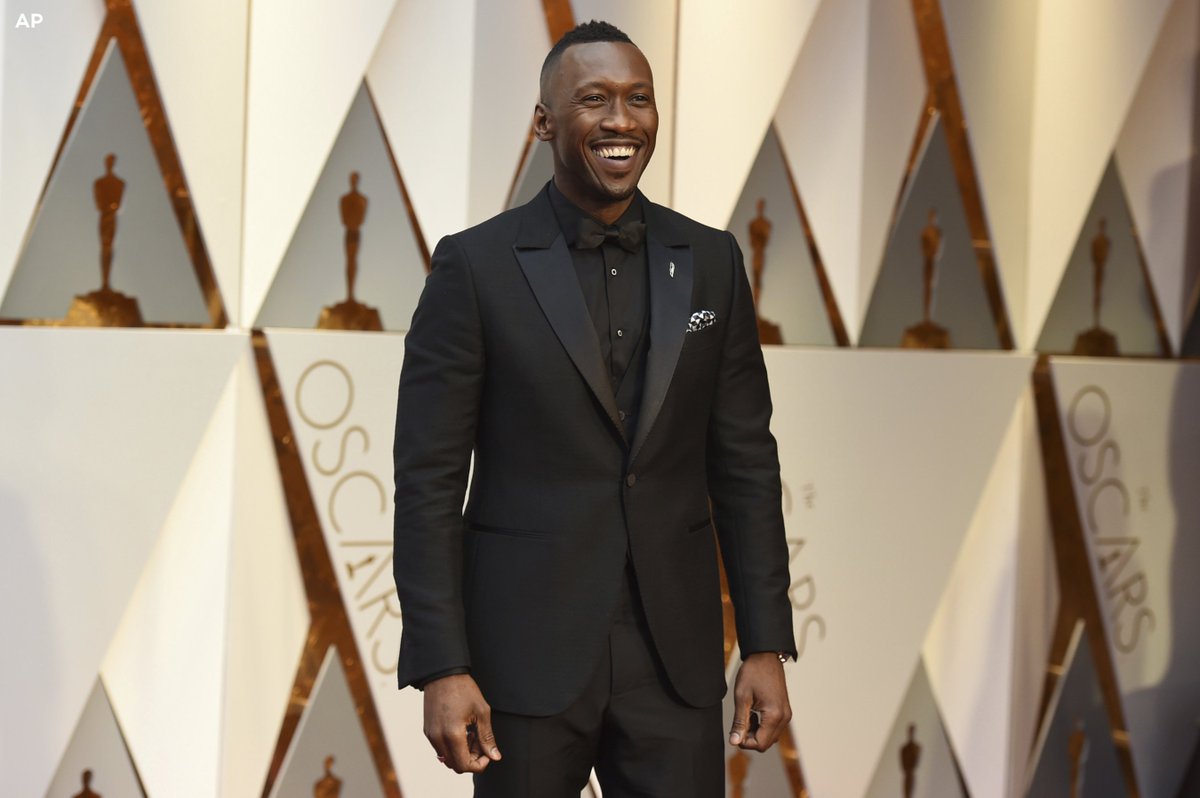 Because we have to acknowledge that the men tried, too. Sometimes black-on-black can look kitschy, but the way this pulls together is pure elegance. I love that he went with a waistcoat and shirt, stayed black with the bow tie, and splashed it out a bit with the pocket square. And the shirt studs, besides? He is killing me. It’s just so great to see a man having fun with accessorizing. Elegant, indeed.

Brie looks pristine and icy and beautiful, exactly how you should look while forking over an award with a pursed-lip smile while gently seething [Annual reminder that Brie Larson is a Good Person]. The length is fantastic, I love the train and I don’t always love trains, and the architectural structuring on the front of this is perfectly paired with the contrasting fabric finishes.

Taraji kept it classic and cool in a gown fit for Hollywood royalty. The neckline cut is perfect, the slit on the leg isn’t too high, and the best part is that this velour dress isn’t black – it’s navy blue.

Like Moana coming out from the sea, Auli’i stepped into the spotlight and straight to our hearts. In addition to her outstanding performance with our boy Lin-Manuel during the show, this SIXTEEN YEAR OLD wore this gorge flowing gown on the red carpet. The white dress with gold accents was classy but just unique enough to stand out from the crowd. It also reminds me of water, but maybe I’m too into Moana.

Ava might not have walked away with the gold last night (we’re of the mindset that she should have won, but whatever), but she sure did make a statement with this stunning gown by Ashi Studio, a designer based in Lebanon. The country is 54% Muslim, and Ava chose them specifically as a “small sign of solidarity.” We need people like you, Ava.

I haven’t even seen Elle, nor have I seen anything Isabelle Huppert has been in, but she looks like Hollywood royalty in this gown. The 63 year old donned a dress perfect for her age, with just enough sparkle to shine in a sea of youngins.

More and more men are taking risks with color on the red carpet, and David Oyelowo is rocking a black and white suit coat with modern details, and we are all for it.

One thought on “Best Dressed at the 2017 Oscars”