Our Black History Month spotlight series continues today with Coretta Scott King, a prominent activist for women and African-Americans, who just so happened to also be the wife of Martin Luther King, Jr. If you’ve always known her name, but not the story behind her impressive life, read on. When Coretta Scott was in high school, she played trumpet and piano, sang in the chorus and was a frequent player in the school musicals. Basically we would’ve been BFFs with her. After graduating as the valedictorian of her class, she went to Antioch College where she studied singing. She eventually transferred out of Antioch after winning a scholarship to the New England Conservatory of Music in Boston, where she focused on building a career in the music industry.

/2/ The Man Who Changed Her Life

While studying at NECM, a friend gave her number to Martin Luther King, Jr., who had asked his pal about any single women on campus. While Coretta originally had no interest, she eventually caved and went out on a date with him. They fell in love and on Valentine’s Day 1953, they announced their engagement in the Atlanta Daily World newspaper, because that’s what folks did in the ’50s. The tied the knot four months later on the lawn of her mother’s house, where Martin’s father officiated the ceremony. What’s interesting about their vows is that Coretta decided to remove the bit about “obeying” her husband, which was not a common thing to do at the time. She will bow down to no man.

After Coretta graduated with a degree in voice and piano, they moved to Montgomery, where Martin became pastor of a local church. Before long, he was chosen to become leader of the Montgomery bus boycott, and the movement began.

Although her main focus became civil rights, she used her passion of music to help get their message out. She performed at concerts to with the notion to give audiences “an emotional connection to the messages of social, economic, and spiritual transformation.”

While she rallied behind her husband for civil rights for blacks, she wasn’t blind to the fact that the movement had become sexist, with women’s interests not being put forth in their (aka her husband’s) agenda. Martin even limited Coretta’s role out on the trail, expecting her to stay at home and take care of their four children.

“Not enough attention has been focused on the roles played by women in the struggle. By and large, men have formed the leadership in the civil rights struggle but…women have been the backbone of the whole civil rights movement.”

In January 1968, Coretta took part in a Women Strike for Peace protest in D.C., along with over 5,000 women, and she also co-chaired the Congress of Women conference.

Continuing to fight for equality for all, Coretta was an early supporter of the gay rights movement. In 1983, she spoke out in D.C. to urge for the amendment of the Civil Rights Act to include gays and lesbians as Protected class.

Coretta was an advocate for non-violent action to achieve social change, and therefore an advocate for world peace. In 1957, she was on of the co-founders of The Committee for a Sane Nuclear Policy and while Martin was speaking at a major anti-Vietnam War march in 1967, Coretta was doing similar work by speaking out at a rally in San Francisco. In her later years, she even came out in oppposition of the 2003 invasion of Iraq. 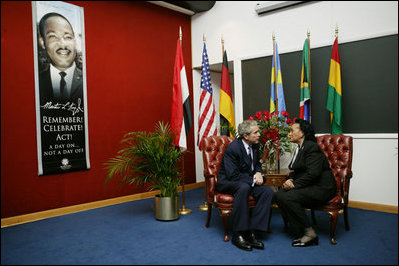 After Martin was assassinated, she established The King Center in 1968, dedicated to the advancement of the legacy and ideas of her husband.  Their son, Dexter Scott King, is currently the CEO and president of the center.

“She was warned. She was given an explanation. Nevertheless, she persisted.” (read Coretta’s whole letter here).