Ah, it’s Super Bowl weekend, y’all. It’s everything this country stands for. Football, piles of money spent on 30 second commercials, spending hours in front of the TV with loved ones yelling at players through a screen, and excessive eating of foods that are bad for you. ‘MERICA.

While we at Cookies + Sangria aren’t the biggest of sports fans (I mean come on, we have liveblogged at least three movie musicals in the past year), what I can say is that the one thing to look forward to is the halftime show.

Back in the 1960s when the Super Bowl was first introduced, the halftime entertainment, like most football games, were by college marching bands (I’m assuming, I’ve only been to one and that was in high school-Friday Night Lights doesn’t count apparently). They slowly introduced popular artists and performers, such as Carol Channing. No, really. Carol Channing.

I’m pretty sure if she showed up today people would throw their nachos at her and immediately leave in drunken stupors.

From the 1980s on, it became more of a who’s who in pop culture, and high profile names like Gloria Estefan, Prince, The Who, Paul McCartney and the Rolling Stones took center stage in the stadiums. [Sidenote: Did you guys know the halftime performers don’t get paid for their appearance? All their expenses are paid for but no moolah for actually singing. Not like Beyonce needs the money anyways.]

While we prepare for everyone’s favorite Grenade catcher Bruno Mars and the Red Hot Chili Peppers to perform in the frozen tundra of New Jersey on Sunday, here’s a look back at some of the best, most memorable Super Bowl halftime shows over the years.

Theme: Small World Tribute to 25 Years of the Super Bowl

Well here’s a little known fact that I was unaware of (maybe because I was busy turning five that day), but NEW KIDS ON THE BLOCK PERFORMED AT THE SUPER BOWL HALF TIME SHOW?!?! Brand new information. It obviously makes sense due to the fact they were at their hey day back in 1991. But unfortch that they had to sing that horrible song. Also unfortch: everyone’s outfits. I’m looking at you Donnie Wahlberg. It’s better if you just take the shirt off.

I feel like hiring MJ to perform at the Super Bowl was the ultimate coup. This is when people started paying attention and were like oh, ok. They’re gonna play it like that? I’m watching now. I mean the theatrics of it all. The pyrotechnics. The dancing. The Michael Jackson-ness of it all. He set the bar for high quality halftime shows. Bottom line: be entertained.

Theme: The Kings of Rock and Pop

As a Backstreet Boys fan, even I will admit this is one of the best halftime shows ever. By 2001, the NFL totally grasped the idea of hiring whoever was the hottest artist in music at the time and having them perform during America’s most watched program on TV. Looking back on it, this performance is the epitome of 2001, like that year was encapsulated in a 10 minute performance. I mean even Ben Stiller, Adam Sandler and Chris Rock made cameos.

Theme: Tribute to those killed in the September 11 attacks

This was the first Super Bowl after 9/11 and the whole halftime show was dedicated to those who lost their lives in the tragedy. If you’re reading this, you’re old enough to remember that day, how it felt, and the fine line that was walked by everyone in the media to properly pay respects to the victims without being too hokey or ingenuine. U2 did a perfect job at balancing that line, making it a halftime show that we’ll never forget.

You didn’t expect a Super Bowl halftime show list without the infamous ‘wardrobe malfunction’ did you? We all know what happened, so I don’t need to explain that. You know what I do feel like I need to explain? The fact that this was TEN YEARS AGO. TEN. BYE EVERYONE, BYE.

Listen, I’m not even a big fan of Madonna. Or Nicki Minaj. or M.I.A. Or basically anyone that was part of this. HOWEVER, I will say that this performance over all was outstanding and exactly what it needed to be: entertaining. Also LOL at the theme of “Polytheism” at the Super Bowl.

Super Bowl XLVII (aka The One With The Blackout)

Theme: There was no theme listed, however I’m going to say it was ‘HBIC’

Lights out!!! Any questions?? 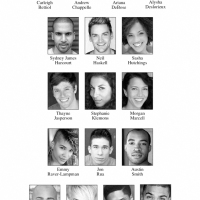