That’s probably how most of your water cooler, bus stop, and family dinner conversations have started for the past few days. When I saw the #BreakTheInternet booty drop, my first thought was (with a sigh) “ugh, I guess we should probably cover that.”

I mean “cover”  both in terms of writing about it, and in terms of “will somebody please put some pants or culottes or a skort or bloomers on that lady? Because we cannot publish that photo on our blog.”

Nobody can deny that the butt is having a moment. From Kim Kardashian to Nicki Minaj, from the new, reality TV judge version of J.Lo to that one Drake video, butts are everywhere. But get ready for an unpopular opinion: I just don’t find butts exciting. Pop culture blasphemy, I know.

Here’s the main thing I don’t get: everybody has a butt. Man or woman, child or elderly, famous or infamous, humans all have butts. Kim Kardashian has a butt? So did Richard Nixon. So does Barbara Walters. Shirley Temple had a butt her whole life, as did W.W.F. wrestler Yokozuna and artist/musician Yoko Ono. Are you sitting down to read this? Congratulations! You are sitting on your very own butt. If you are standing, stop and look behind you. Your butt is there, following wherever you go, like a loyal dog or Peter Pan’s shadow. In fact, when I think of the people who don’t have butts – twins conjoined back to back, people who are amputated at the waist – they are so rare that they are the interesting ones.

You might say “yeah, but Kim Kardashian and Nicki Minaj have amazing butts!” And to that I say this: I actually don’t know what a good butt is. Okay? It’s a personal blind spot. I have a friend who doesn’t know what it means when you say that food is stale. When everyone started griping about a stale box of crackers, she grabbed a few, trying to discern what we all meant. That’s how I feel about butts. Whenever someone says that a guy has a cute butt, I look it over, trying to figure out why. I ask questions like the youngest child at Butt Seder: “why is this butt different from all other butts?” For Kardashian, I guess it’s that her butt is above-average sized, but that alone doesn’t explain it. After all, didn’t ladies in old sitcoms bring their long-suffering husbands shopping to ask whether their butt looked big in those pants? There must be something else – a je ne sais butt – but that sounds like a lot of hot air (also delivering a lot of hot air: BUTTS. Remind me, again, why they’re appealing?)

Now, I don’t walk the earth ignorant of my own butt. I’ve even joked about printing up business cards reading “It’s an ass, not a conversation piece.” With maybe an asterisk leading to the back of the card: “* Unless I put a coffee table book or some modern art back there.” But it’s hard to get a good concept of your own posterior, and maybe next time I’ll press for details: “What sets my butt apart from the other butts that are also minding their own business at this bus stop?” I doubt I’d get a good answer, though, because anyone who strikes up a convo about a stranger’s butt is probably full of shit (also full of shit: BUTTS).

So here’s my final quibble with Butt Zeitgeist 2K14: butts are funny. They are – if anything – a comedy body part. Weird things and noises come out of them. Children laugh at them. For months, my nephews ran around saying “booty!” solely because it’s a funny word. [When my sister told her 5-year-old to cut it out, he said “what, mom? It’s just like boot.” Kiddo didn’t even know what it meant.] One time, a man hit on my friend by telling her she had a “great pooper.” That is funny. You know why mooning people was a trendy prank in the mid-20th century? Because it’s the world’s easiest sight gag. And the number of memes based on Kim Kardashian’s Paper Magazine cover prove that I’m not the only one who finds butts more hilarious than hot. 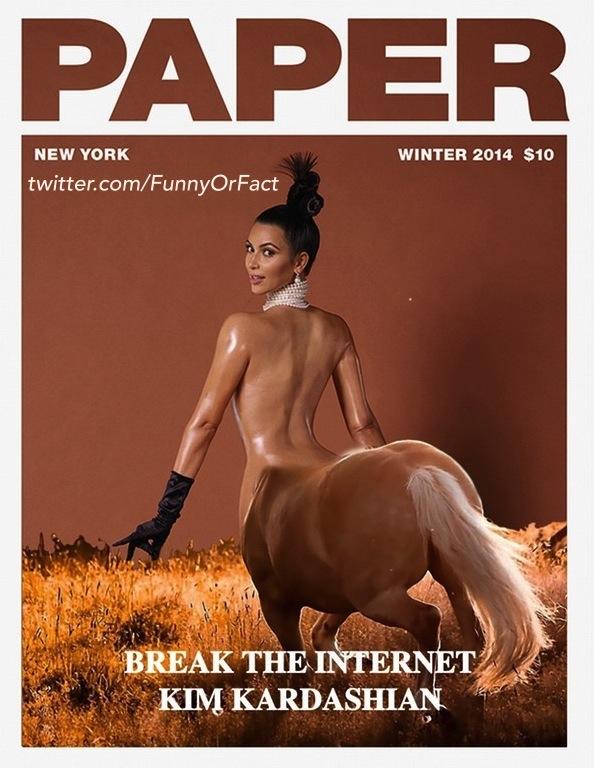 As a first grader, I remember mentally cataloging what the funniest body part was every year. In preschool, kids got a kick out of noses, because, you know, blowing your nose was still a triumph and a challenge at that point. In kindergarten, feet took the cake. But as a wise six-year-old, I knew that butts… butts reigned supreme.

And apparently, they still do.

9 thoughts on “Unpopular Opinions: I Don’t Understand The Butt Zeitgeist”