Ah, Rachel Dolezal. There’s so much to say about you, but we won’t, because this isn’t a political blog. However, this a blog where we talk about pop culture, and (un)fortunately, Rachel Dolezal has seeped into that genre which we fall privy to. Of course, if you’ve been paying attention to the news over the past few weeks, you know Rachel Dolezal is the former president of the Spokane, Washington chapter of the NAACP who has been disguising herself as black since 2007. Her *white* parents came forward earlier this month saying their daughter has been passing for black for years, and when asked by a local news station if she identifies as African-American, she said she didn’t understand the question and awkwardly walked away. Rachel later resigned from her post at the NAACP, but since the Internet is, well, the Internet, by that time thousands of memes had already been made with her likeness, and questioning whether she really IS in touch with black culture or not.

I’d like to note that this particular situation has an overwhelming absurdity to it, while concerning and controversial, the scandal leads itself to humor and parody on its own, which is why this meme post exists. The Internet has become a place where people have no chill (as we’ve proved previously with #TheDress controversy) and while sometimes it can be a scary place, the World Wide Web is also a place for folks to come together and talk about a single topic, even if it can be construed as politically correct. We’re just trying to bring humor to the subject, and we hope you can enjoy that humor too!

Where does Roger need to go? A) Grocery Store B) School C) Home #AskRachel pic.twitter.com/tvy8tlQ3Is

What flavor is this? #AskRachel A) Tropical Punch B) Cherry C) Strawberry D) Red pic.twitter.com/is0K3Ks5gp

What is she getting a lil tired of? a. A long day at work b. Your broken promitheth, promitheth c. Waiting #AskRachel pic.twitter.com/rJhYcSTwOv

How did you get here? A. By car B. By cab C. Nobody supposed to be here D. By plane #AskRachel

cookout starts at 3.what time should u arrive? a. 2 to help set up b. 3 to be on time c. 5 cuz u know they jus started grillin #AskRachel

Mary J Blige doesn't want hateration or holleration in where? A) Her home B) At work C) In cars D) This Dancery #AskRachel

#AskRachel what is this? A. Butter container B. Cereal bowl C. Leftovers D. The possibilities are ENDless pic.twitter.com/Pt9f5kpQp8

Where does your grandma buy this candy from? A: Walmart B: Dollar Store c: Nobody knows #AskRachel pic.twitter.com/Z2O5RJApcT

still don’t know what that phrase means. thanks, drake. 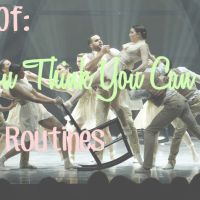