Thursday was a DAY, y’all. So, as you’re reading this blog, I think it’s pretty clear that we are fans of the Internet. The Internet has been good to us. It’s connected us with you fine people. It brings us GIFs. It tells us facts in seconds that would’ve taken forever to look up in Encyclopedia Britannica. But yesterday was a day for the record books (Google books?)

It all started in the afternoon when two llamas went on the run in Sun City, Arizona. On the real, according to AzCentral, and I quote, “The llamas were participating in animal therapy at an assisted living facility when they escaped. Authorities believe the llamas got spooked when the door to the trailer they had arrived in opened. They said there was a third llama in the trailer, but it did not escape.”

Thanks to a local news affiliate’s live video feed (#bless), the whole world was able to watch these two run freely in the world for about a 20-minute chase as handlers tried their best to wrangle them.

TBH, I showed up to the party late and couldn’t stay long, as my job doesn’t really allow me to enjoy nice things, so I had to quickly catch up and figure out what was happening. But by the time I entered the #LlamaDrama, there were already a ton of memes floating around. It’s stuff like this that the Internet was made for. We are at are best when we all have to make comments on a ridiculous thing. Here are some of what the Internet folks came up with.

I DONT CARE IF WE ON THE RUN pic.twitter.com/bgBvQQeLWd

When they incorporated the llamas with Balloon Boy. REMEMBER BALLOON BOY??

When someone had to speak the damn truth:

Of course the black one got taken in first #llamas pic.twitter.com/q8Fpqp9LJ1

When I will laugh at a pun joke even if it’s not that funny (this one’s funny):

When they brought in Bri Willy:

When they incorporated a meme from the Super Bowl:

Was that enough excitement for one day? NOPE. Just a few hours later, a girl took to the Internet for advice on a dress someone was considering to buy, and they sent a pic of it asking if it was black and blue or white and gold. Tumblr first went crazy, as they are wont to do, and it then spread to the rest of social media. It soon became a war. Bloodshed. Lives ruined. People actually breaking up. Friendships torn apart. It was a gruesome scene. Even the local news here covered it. Literally the LA news station showed a picture of the dress and asked what color it was. LA NEWS IS NOT REAL NEWS. But I digress.

On Tumblr, GIFs and stills from TV shows were obviously used.

it’s not black/blue, nor is it white/gold.  It’s actually cerulean. And you’re also blithely unaware of the fact that in 2002, Oscar de la Renta did a collection of cerulean gowns. And then I think it was Yves Saint Laurent… wasn’t it who showed cerulean military jackets? I think we need a jacket here. And then cerulean quickly showed up in the collections of eight different designers. And then it, uh, filtered down through the department stores and then trickled on down into some tragic Casual Corner where you, no doubt, fished it out of some clearance bin. However, that blue represents millions of dollars and countless jobs and it’s sort of comical how you think that you’ve made a choice that exempts you from the fashion industry when, in fact, you’re wearing the sweater that was selected for you by the people in this room from a pile of stuff.

I have never felt more like Jim Halpert in my life.

when you don't know the color of the dress pic.twitter.com/sQI7YLnjk1

rt if i ruined ur life

And celebrities, who obviously got in on the action. Even Taylor Swift chimed in. Honestly, if Oprah and/or Beyonce tweeted or Instagramed about it it would have been game over.

The colors are you're all fucking idiots

By FAR, Mindy Kaling had the best response to #TheDress. She was up in arms about it, staying strong in her #BlackandBlue stance, as only Mindy could. It’s exactly the type of response I expected from her, but I am obsessed with just how far she went. Her annoyance got increasingly more dramatic and I feel like she should probably just put this in her show now.

IT'S A BLUE AND BLACK DRESS! ARE YOU FUCKING KIDDING ME

“@MCWarburton: .@michaelphelps congrats on your many Olympic black medals.” LEAVE THIS AMERICAN HERO OUT OF THE BLUE BLACK GOLD WHITE WARS

@NathanFillion I can't live in a world where Castle thinks that dress is white and gold. How many murderers has he let go

I think I'm getting so mad about the dress because it's an assault on what I believe is objective truth.

Which is why I'm running for president of the United States

This dress thing is worse than the Sony hack to me

If you missed our tweet last night, we gave our two cents too:

But what we really need is some perspective, courtesy of the rainbow infused space unicorn:

What genius pulled off this elaborate metaphor just to teach us the importance of tolerating other perspectives?#blueandblack #whiteandgold

For the record, the folks at Buzzfeed (who started this who viral mess) tracked down the girl who first posted about the dress, and she says it’s black and blue. It’s all about lighting, y’all. Either way, whatever team you’re on – #WhiteandGold, #BlackandBlue, #LlamasOnTheRun, #LeftShark, it’s good to know we can all collectively #BreakTheInternet without actually baring our butts.

just add #TheDress to the pile of nonsense pic.twitter.com/nVbK4ARYac

What a time to be alive.

6 thoughts on “The Day The Internet Had No Chill” 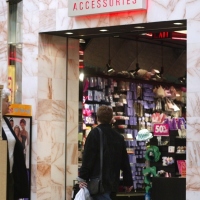