In this edition of Let’s All Decorate, we are delving into one of my personal fascinations: grandparents. For the design-obsessed, there’s something even more fascinating about grandparents than their stories about the Great Depression: their houses. It’s almost like irrespective of income or geography, everyone’s grandmas and grandpas were decorating from the same catalog.

The best thing about your grandma’s house – other than your grandma, naturally – was that it was sort of a time capsule. After a certain point, your grandma probably decided that she was done redecorating, so visits to her house were like going to the Happy Days set. Even my more modern, design-minded grandma had these amazing artifacts of my mom’s 1950s childhood in her basement and closets. Visiting your grandma was a bit like time-traveling or visiting a living history museum.

Like all of our Let’s All Decorate installments, we are focusing on a time in the near past – roughly 1994, during our peak childhood years. In 1994, the relatively hip baby boomers weren’t yet grandparents (my boomer parents have 8 grandkids, but they don’t have a “grandma” house). No, grandparents of 90s kids were members of the “greatest generation” – which did not stand for “greatest generation of decorators.”

Let’s all decorate in 1994: when your grandparents’ house was full of love. Love, and probably a wooden television case.

Candy You Weren’t Allowed To Eat

“Eat some candy!”, your grandma said.

Everyone’s grandma seemed to have glass jars of candy – gumdrops and Werther’s Originals were popular choices. And your mom never let you eat it. Was it old? Dusty? Merely decorative? Who would keep jars of candy that children weren’t allowed to eat? Old people, is who.

It’s like every trip to grandma’s kitchen was a visit to one of those wedding candy bar tables and nobody gave you a gift bag.

A TV In A Giant Wooden Box

In the 1950s, there was an unfortunate collision of home decor forces: the rise of the television, coupled with the rise of suburban Colonial Revival. The result: the television set they would have watched in Colonial Williamsburg, complete with spindles and a drawer that didn’t open.

Fun fact: I remember my grandma searching for a new TV in the mid or late 90s. She complained about how hard it was to find TV sets in the giant wooden box, which she preferred because she said it looked nicer and warmer. Grandparents found naked televisions sort of stark and electronic-looking.

Grammy eventually found the wooden 13 Colonies Television, by the way. I imagine it was in a special basement stockroom marked “Grandma TVs.”

When the grandparents of the 90s were the parents of the 1950s – 1970s, somebody convinced all of them that wood paneling was easy to clean and maintain, and could look either stately or rustic depending on how you styled it. My dad’s parents proudly proclaimed that they would never have to paint their living and dining room again!

Yeah. Because it looks like Pa Ingalls’ cabin, instead.

By the 1990s, nobody was installing wood paneling, but most grandparents still had it somewhere in their home, even if only in a basement lounge.

You know why everyone’s grandma had these bowls – often in way less appealing colors? Because she bought them in 1961 and Pyrex is indestructible. My mom has a set too, and I wish I did as well, because these bowls are the best.

Carpeting Where There Shouldn’t Be

And it was always gold or brown for some reason? And just a little bit too long.

When my parents bought their house from some older people in 2000, the entire house was full of gleaming original hardwoods – except the kitchen and the bathroom. The two very worst places to have carpeting.

Possibly Some Clear Runners On The Hardwoods Or Carpeting

Why even have hardwoods? Or carpeting? It really added to the “this is a museum of American life in 1976” vibe.

Where grandma’s glue gun chops really had a chance to shine. Grandparents loved keeping a spare role on top of the toilet, and covering it in either a floral and lace-trimmed box, or maybe a hand-knitted cozy. Sometimes the toilet paper cover looked like like a human woman from the past, to go with the misguided colonial motif. 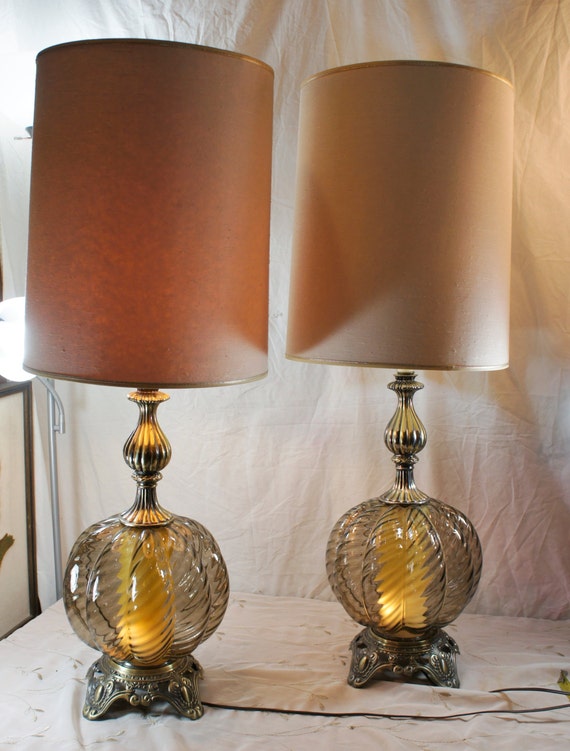 This one kind of chair

Both sets of grandparents had these. I scoffed, but now I kind of which I had them for some of those hard-to-fill corners of my house.

That you’d draw, not open or close. These were usually heavy, light-blocking, and in some kind of a gold  or mustard color.

Not always the primary couch, it may have been a pullout in the family room for grandkid sleepovers. It wasn’t necessarily plaid.

Knick Knacks From The Land Of Their Ancestors Whether your grandparents were right off the boat or daughters and sons of the American Revolution, they probably displayed their pride in their ancestral homeland through figurines, dolls, and plaques.

[Aside: in my weird family, my grandpas were both those Irish-American guys for whom “being Irish” is like their number one hobby, so ancestral knick-knacks abounded. I don’t even think I knew until mid-childhood that my grandmothers weren’t at all Irish. Go figure.]

Maybe some religious stuff, too

This varied. I had one of those Catholic grandmas who had all of the merch, so there were statues, portraits and rosaries all over that joint. At the very least, your grandparents probably had a church or synagogue directory with their photo in it, and phone numbers of all the other old people.

There were other things some grandparents’ houses had, like absurdly old photos of you, old people smell, and plates full of baked goods that were foisted on you as soon as you walked in the door. But without the heart and soul of the 1994 grandparents’ house – their total love for and obsession with their grandkids – it would have just been a collection of decorating mistakes and DIY disasters.