ZOMG U GUYS IT’S FINALLY STAR WARS DAY CAN YOU EVEN CONTAIN YOUR EXCITEMENT??????????!!!?ASDFGHJKL;

Back in 2013 when we started these Internet shenanigans, I talked about Pop Culture Blind Spots for the first time. On that list of movies I’ve never seen was Star Wars. Two years later, we’ve not only expanded our resumes to include some of the most beloved films, but as of about a week ago, I am no longer a Star Wars virgin. That’s right kids, I can actually talk about the franchise without pretending to have seen it. Or least I can with the first movie.

I will say that what’s weird in the moments leading up to me watching this for the first time, I realized I’ve acquired some kind of pride, if you can call it that, in having never seen this mega iconic film in pop culture history. In many ways, this is the most blind I’ve ever been in our Pop Culture Blind Spot series. And somehow, there’s a part of me that wants to stay blind. Like, once I go into the galaxy, there’s no going back. I won’t have that badge of (dis?)honor anymore. But alas, as the kids say these days, “DO IT FOR THE BLOG”.

Here we go. (PS: no trolling pls, star wars fans. i’m a n00b so calling me out on my wrongness is not only dumb but a waste of time. kthx)

so i’m not the first one to think of this then? 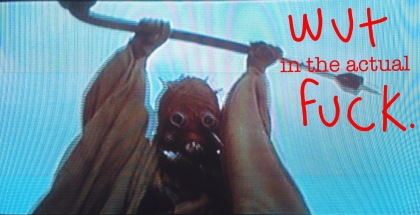 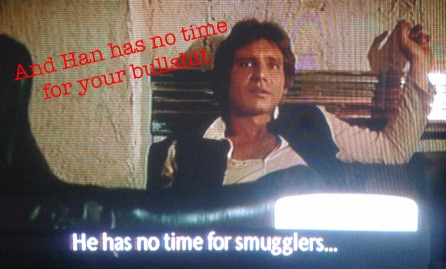 After viewing this, I literally thought, ‘I need to watch the next two movies so I’m not spoiled.’ HELLO. So many feelings. If you’ve gotten this far, you can tell I go INTO it. I luckily didn’t have to hate watch it because I’m pleasantly surprised at how much I enjoyed watching it. Like I mentioned in my very first Pop Culture Blind Spot post, Star Wars wasn’t a thing I grew up with. I know a lot of folks were introduced by family members, but my immigrant parents weren’t into this stuff, so I had no connection to it. Two years ago I said I had no interest in watching it, and TBH, IDK if I would’ve seen it if it weren’t for this post. Eventually, I guess I would’ve forced myself. Anyways, the point is, people change. I, like Han, discovered a cold heart can warm up to strangers after they’ve gone through war together. I’ve gone through my personal Star Wars, and in all honesty – I would go through the war all over again.