Claire’s has filed for bankruptcy, and my 90s self would be shocked.  Claire’s was a boutique in the loosest sense of the word – it was more like a Toys R Us of tween accessories, and if my niece’s recent purchases of JoJo Siwa bows and unicorn hair extensions are any indication, it still is. Claire’s may be the latest victim of private-equity fund stewardship, but I think they may emerge victorious — after all, no store is better at giving tween girls exactly what it’s told them they want. I was never one of those kids with an allowance or parent-funded spending sprees, so each of my Claire’s purchase was long-coveted. That’s why, in 2018, I can still remember everything I bought at Claire’s during my childhood:

A Heart-Shaped Locket With Nothing In It 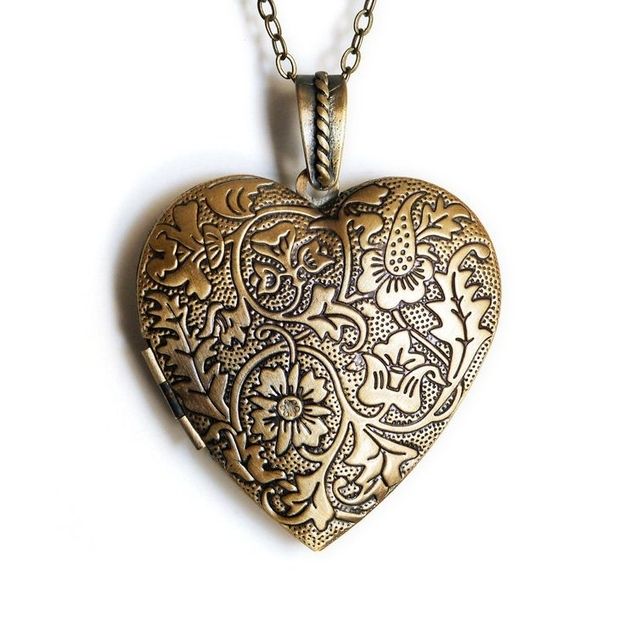 The nostalgia machine remembers the 90s in a few ways: bright and neon in the post-80s years, earth-toned and grungy in the middle, and pop-y and futuristic at the end. However, there was also a weird kind of neo-Victorian thing happening if you looked hard enough (see: country geese , Little Women, Titanic mania). Case in point: lockets, which always seemed kind of important and mysterious even if you had nothing to put in them. We can thank Annie and the American Girls Collection for this.

You always blushed a bit if it landed on In Love. As a cold person with a low heart rate (actually… what do mood rings even measure?), I think the technical term for my mood ring results was Clinical Death. 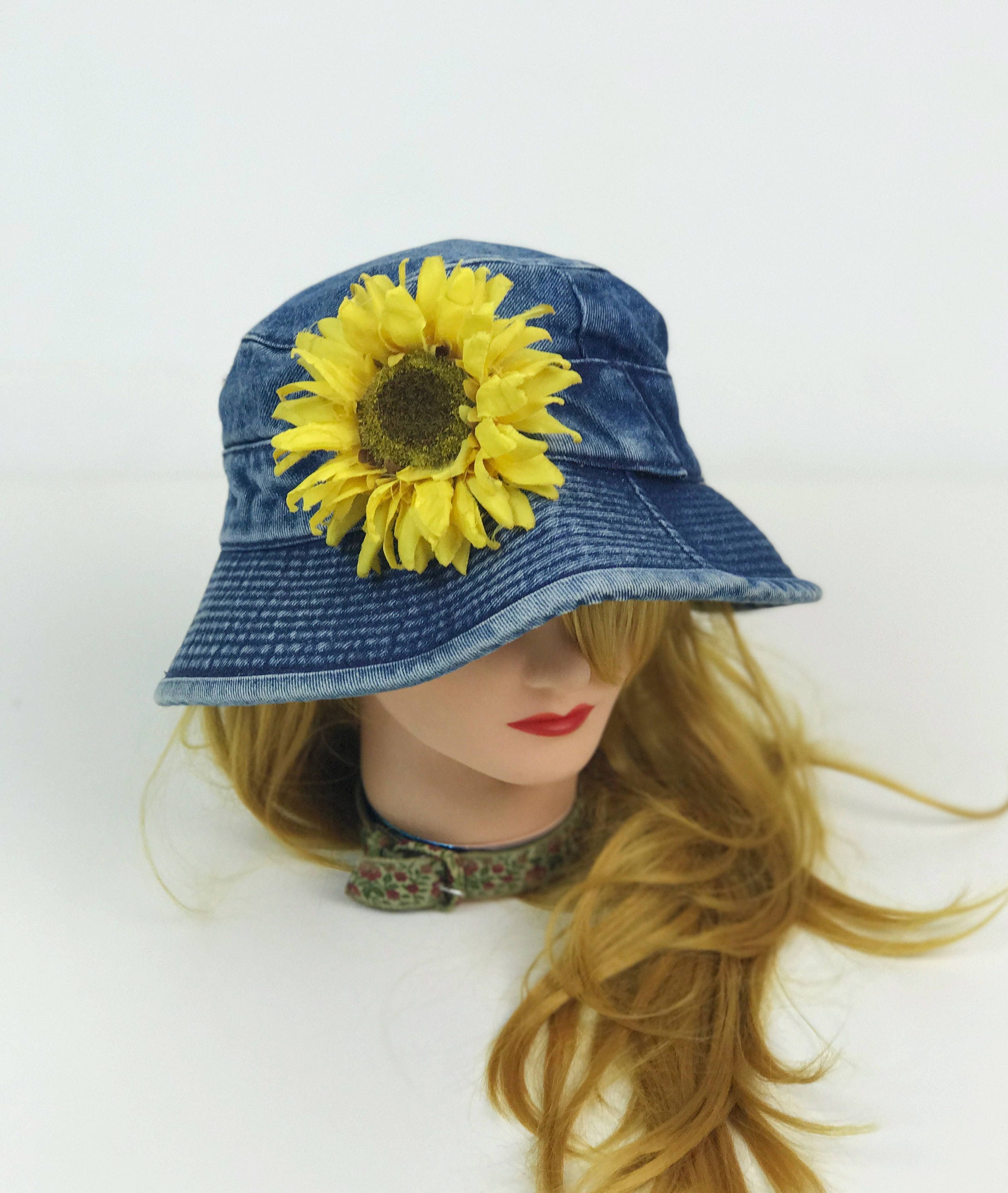 The sunflower hat was THE must-have accessory when I was in second grade, c. 1994. Different versions were out there but the staple was a denim bucket hat with a yellow sunflower on it. A little bit Michelle Tanner and a little bit Blossom, you could be any middle-class girl from a family sitcom you wanted in this number. The decision to wear it straight versus tilted was hotly debated … in the before-school lineup at Sacred Heart Cathedral School, anyway.

Confession: I scoped out sunflower hats at Claire’s but mine was actually from Bloomingdale’s. It was Quality Millinery, thank you very much.

They were gentle on your hair and you could buy one in any finish or pattern you wanted. Bring back the scrunchie.

This was the more early-90s choker. Like the locket, it was part of the Interview With A Vampire aesthetic that was totally appropriate and not at all creepy for tiny children to be into. 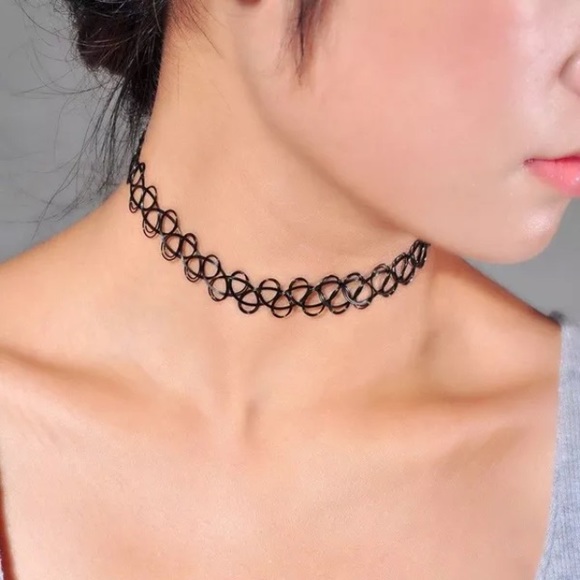 This was more late 90s, and I only wore it once because I thought it looked cheap.

You could get them from gumball machines. Popular in the 1996-1999 range, these necklaces had a nylon cord or stringed beads and a clay ‘hippie’-esque pendant.

In my personal suburban mall, there was a kiosk that sold these and also wizard candles. For the uninitiated, yes, I actually do mean candles that were shaped like an elderly wizard.

Thing 90s Kids Will Remember: getting your ears pierced by a teenager with a piercing gun and trying not to cry because strangers were eating Auntie Anne’s pretzels on a bench 5 feet away. My ear piercing was a First Communion present and it closed up within a few years, so I am in fact the proud owner of TWO Claire’s piercings. You had to search the earring racks specifically for the ones labelled stainless steel or else your ears would start burning. We had fun.

Soft headbands, hard headbands that would dig into your temples, plush puffy headbands – if there was one constant in my life from 1995 to 1999, it was that my bangs were in a weird place and I needed hair accessories to deal with them. The worst ever, for my particular frizzy hair and iffy hairline, was the stretchy headband with teeth. They never looked good on me but I bought like 5 of them anyway.

I preferred a classic Alice band because I was a goody-goody, obvs. 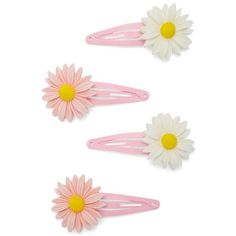 Remember those flat clips that all the gymnasts wore in the 1996 Olympics? Then, remember the teeny tiny version with daisies and stuff on them? You’d wear them right next to your part.

The real theme here is that as a people, we were dealing with a collective weird bangs situation for the better part of the decade.

The last member of the wonky bangs starter pack, the butterfly clip spanned the difference between headbands and hair clips so you didn’t have to choose. I was pretty sure they looked rocking in my hair and in hindsight, I was entirely correct.

Butterflies were so cool in the late 90s, and I’m so grateful that I was only in Junior High or else I definitely would have left the decade with a butterfly tattoo.* 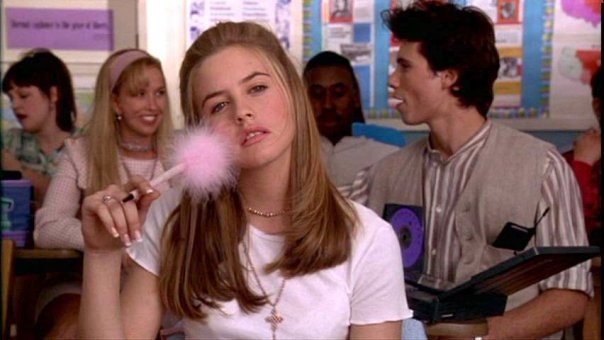 You felt like Cher Horowitz until the ink ran out in a week and you were back to your Bics.

See also: gel pens, despised by every teacher I ever had. Now that my eyeballs are three decades old I Get It. Especially during the 1996-1997 school year, 60s and 70s-inspired accessories were all the rage. We’re talking psychedelic colors, daisies, smiley faces, peace signs. The yin yang was pretty big starting in the earlier 90s but I seem to remember it fading out sooner.

I also remember combing my grandparents’ house for 60s-70s stuff during this time, only to find that most bona fide retro accessories were in the pukey oranges, avocados and browns of old appliances. Claire’s all the way.

As of high school I had been to like 2 beaches and they were in New England, but still.

My Claire’s years mostly ended around 2000, when I started high school. Yesterday, today, and forever, Claire’s was a store that sold the idea of being a cool teenager to 7-13 year olds — not so much a store for real teenagers. Their financial situation may be bleak, but as long as 10-year-olds long to look 17, I think Claire’s will have a place in children’s fashion mistakes for years to come.