It is only fitting that we end a week full of Friends nostalgia with a look at the present. It’s been 10 years since the series finale, but nearly 20 years since it first debuted (YIKES). That means that there’s been a huge chunk of time where we haven’t gotten an update on some of the characters who entered (and promptly exited) the world of Friends. So here’s a look at what some of our Friends’ friends are up to in 2014. And maybe a look at the actual Friends themselves.

*Ed note: THIS IS OBVIOUSLY NOT REAL AND NOT WRITTEN BY THE BRILLIANT WRITERS FROM THE SHOW. I AM JUST A MERE MORTAL SUPERFAN WHO THINKS THESE PEOPLE ARE REAL. 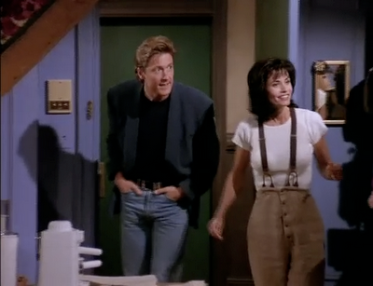 Paul the Wine guy (still unsure whether he sells or drinks it) told Monica he hadn’t been able to perform… sexually since breaking up with his ex-wife, and after Monica slept with him, she found out it was just a line he used. Since then that line actually did work on someone and he went on to marry her. They have 2 kids and in 2010, they divorced. He actually CAN’T perform sexually anymore.

Paolo moved back to Italy a few years after striking out with Rachel, Pheebs and multiple other women in New York City. However in 2003, he was deported from Italy for being too good looking and moved BACK to the US. He still couldn’t score girls here.

Shortly after moving out of Chandler’s apartment, Eddie’s sister and ex-girlfriend join forces and decide he needs to get medical help for his mental illness. He’s been receiving treatment for his schizophrenia ever since. He was also recently featured in an episode of My Strange Addiction for his desire to carrying around the urn with his cat’s ashes everywhere he goes.

There was a reason Fun Bobby was called FUN Bobby and it’s because he drank alcohol. Ridiculously dull Bobby is now 12 years sober (hit a rough patch around ’02) and somehow ended up as Lindsay Lohan’s sponsor.

Chip Matthews still works at the Multiplex, but is now the night manager and finally moved out of his parents’ house and lives in a studio apartment. He had a kid with his former Lincoln High hook-up Nancy Branson in 2011, but she has full custody, mainly because she passed off their daughter as hers after cheating with Chip on her husband. Chip still rides a motorcycle.

After Rachel broke up with him, Russ went back to his on-again, off-again girlfriend, Saychel. They had an oops baby named Emmitt and lived happily ever after.

In 2006, Richard found a lovely woman named Barbara who is only 7 years his junior. Richard retired in 2012 and left his practice to his son. They moved to Poughkeepsie and he occasionally contributes to Cigar Aficionado magazine.

Chloe’s incident with Ross didn’t phase her since she slept with randos all the time, and she’s kept the same lifestyle ever since. She did, however, transfer to a FedEx Kinkos in Williamsburg – that is until she got caught for shoplifting Zunes in 2005 and had to spend a month in jail and pay a $1,200 fine. She now works at a fro-yo shop in New Jersey.

After cheating on Chandler with her co-star Nick, the two fell in love frreal and they moved to LA in hopes to actually become big shot actors. Nick had modest jobs in theater while Kathy got her big break by booking a lead role in a pilot called Criminal Minds in 2006. Kathy’s career skyrocketed while Nick’s floundered. She let the fame get to her head and slept with one of her co-stars (name maybe rhymes with Flamar Boore) and Nick broke up with her. As Rachel’s mom always said, “Once a cheater, always a cheater.”

It took a while for Bonnie to get over Ross just leaving her for Rachel at the beach house, but the one thing she did get out of the relationship was her new look that she soon embraced. Bonnie rocked the bald head and became a successful wig model both in the US and abroad.

The British chippie never came back to the U.S. after her breakup with Ross, deeming all American men ‘cheeky cheating buggers’. She married a lad called George in 2005 and they have 3 boys who all play rugby.

Friends was actually a secret crossover with Scandal because Danny is really Charlie who started his storied career in B613 just like Huck – in the hole. He spent 3 years in the isolated, dark space and that’s why he looks so disheveled.

Paul is still trying to handle his emotions to this day. Not much has changed – he still sings Love Machine into his mirror. He recently had to move in to his daughter Elizabeth’s house since their family home was flooded. Guy still can’t catch a break.

Tag slept his way up the Ralph Lauren ladder and is now the head buyer of the company’s tennis sportswear division.

Parker, still enthusiastic about everything, finally met his match in an equally enthusiastic woman named Verna from Massapequa.

Will had a brief slip after finding out the I Hate Rachel Club which he co-founded and put his entire heart and soul into in high school was shattered, and gained 20 pounds back. But he managed to lose it all and a little extra and has since moved far away from Ross, Rachel & their kid to Thailand with pal Ta-Taka-Ki-Kek, and they started a gym in Bangkok.

Charlie stayed with Dr. Benjamin Hobart for good, and they moved to Germany, where they both work at the Natural History Museum in Berlin.

Amanda lives in London, but instead of keeping her (fake) British accent, she decided to switch back to her original Yonkers one to seem more “exotic”.

After giving her baby to Chandler and Monica, Erica moved back to Ohio. She went to church camp and ended up being the director after 5 years of being a counselor. She quit in 2009 to become a full-time mom for her 2 kids, Chandler and Monica.

Gunther became the owner of Central Perk in 2007, and finally gave up on his dreams of being with Rachel when he realized he’s been in love with Ross the entire time. He lives with his partner Chet in Chelsea.

Marcel continued his acting career in various action and comedy movies but retired in 2011. He now lives in Florida.

Since we’re probably never going to get a reunion, here’s what our favorite Friends are up to now. 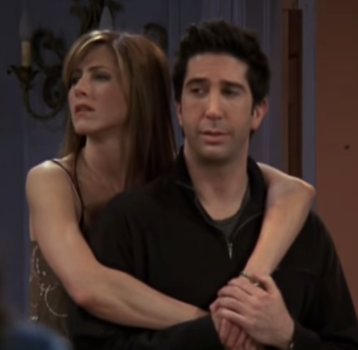 After ditching her Louis Vuitton job in Paris to get off the plane, Rachel lost the job offer – but went to work at Gucci instead. She then landed a job at Tory Burch and serves as the director of merchandising for accessories. Ross still works at NYU and gives lectures around the world about his once-controversial theory on sediment flow rates. In addition to Emma (who is turning 12 on May 16th!!), Rach & Ross had 2 more kids, and they all go to space camp in the summer. Ben is finishing up his first year at NYU, and totally ignores his dad if he sees him on campus. 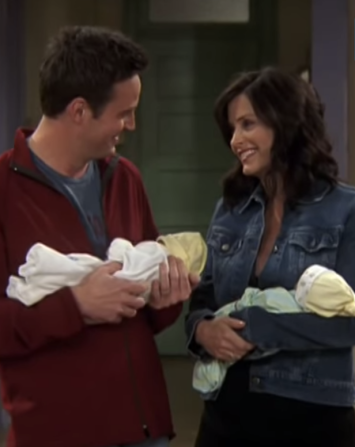 Monica and Chandler still live upstate with 10 year olds Jack and Erica. Chandler has some kind of higher-up job in advertising (no one really is sure what his title is) and Monica started her own restaurant in their town.

Phoebe and Mike moved to Brooklyn and have five kids, yes five. It’s like their own little Von Trapp family, since they all make beautiful music together and sometimes take their show on the road. Literally. In an RV.

Joey (who maybe in another life moved to L.A., but for the purpose of this story he never did) scored a job on Law & Order: SVU as a regular in 2007, but pissed off the writers yet again and was killed off. Luckily, thanks to syndication he still gets royalties. Also, with the boom in TV shows filming in NY, he’s been in shows like The Good Wife, 30 Rock and Girls. He finally met a woman that was worth settling down with – a beautiful blonde model-turned-caterer who owns her own company.

11 thoughts on “Where Are They Now: Friends of Friends”