I watch too many TV shows. It’s a problem. Because of this, I’ve had to be selective when it comes to which programs I actually spend time watching. But then when my shows go on a semi-long hiatus, I get ancy like a drug addict feening for a hit. It’s then that I go to the list of bubble shows that I decided I would only watch if I found the time to. Enter Younger.

Younger is a TV Land series, which is partly why you’re confused about it. It’s not a repeat of Gunsmoke or Who’s the Boss or even Friends, and it’s not a shot-in-front-of-a-live-audience multi-cam show like Hot in Cleveland. It’s a single-cam, original series that isn’t aimed towards the baby boomer demographic. I watched the pilot and liked it so much that I watched it again immediately after it aired. But that’s partly because my DVR cut out the last 30 seconds and I obviously needed to see what happened. But that aside, it feels like a fresh, new show that isn’t trying to be anything else. So what’s it about?

Liza (Sutton Foster) is 40 years old and suddenly becomes a divorced single mom of a college freshman. She gets mistaken for a 20-something by a young, hot, gentleman caller (Nico Tortoella), which makes her think she can pass for a young professional, multiplying her chances of scoring a decent job in the publishing world. It works, and she lands a position as an assistant to a Devil Wears Prada-esque boss, but her co-worker Kelsey (H Duff) befriends her and takes her under her wing. Liza attempts to keep up appearances as a “26 year old” but the problem is that no one knows her real age and real life story.

Still intrigued? Here are a few more reasons to watch one of my new favorite shows this year.

Sex and the Gilmore Girls

Darren Starr, the executive producer of Sex and the City, is the creator, writer, director, etc. of Younger, so some of that Carrie Bradshaw flair can be seen in the show. Like SATC, it also takes place in New York City, specifically Brooklyn, where Liza has to adjust to all the young hipsters. The writing of Younger is reminiscent of Gilmore Girls – while not quite as verbose and pop culture reference-y, it has a similar fast-talking pace that is perfect for the brilliant Sutton Foster, who if you recall, starred in the cancelled-too-soon dance dramedy Bunheads, created by GG’s Amy Sherman-Palladino. The fusion of these two shows results in a hip, hilarious program for millennials and older folks alike.

Hilary Duff Is Back On TV

I have been a fan of Hil since My Lizzie and Gordon OTP Days, and have loved her ever since. While she’s had some random TV cameos since (REMEMBER THE DAN HUMPHREY VANESSA THREESOME), this is a full-fledged series return since she’s had a kid. Now I don’t think she’s lined up to earn an Oscar nomination anytime soon, but her acting and mere presence feels like a breath of fresh air, and the role of Kelsey is perfect for her. She’s a strong female in the workplace and goes after what she wants with determination. She also isn’t a mean girl, which I expected her to be when I first started watching. She truly is a friend to Liza and I hope that never changes, because, girls lifting up other girls and whatnot.

Sutton Foster Is Back On TV

As previously mentioned, Sutton was in the short-lived Bunheads, which was the perfect role for her as a Vegas showgirl-turned-small-town-dance-teacher. Sutton nailed the delivery on Amy Sherman-Pallidino’s writing, which isn’t an easy feat. It also helped that Sutton is a huge Gilmore Girls fan so she knew what she was getting in to. And while some may only be familiar with her work on Bunheads, many others like me know her as Broadway royalty. Like the kind of Broadway royalty that has won two Tony Awards as Best Actress in a Musical because she’s that flawless. Whenever Broadway actors transition into TV, I always root for them like the underdog because I know how much talent they have and it deserves to be seen than more than the lucky few who get to see them perform on the stage live (see: half the cast of Bloodline). Sutton being on Younger is not only an achievement and feat for her, it’s one for us too.

The fashion in Younger is interesting on a whole new level, in that while there are the clothes that, say, Hilary Duff’s character wears (trendy, young NYC professional), there’s that of Liza’s, which is a 40 year old woman pretending to be 26. What she wears literally depends on her livelihood. Bring in Patricia Field, the costume designer for not only Younger, but she also worked with Darren Starr on SATC. I recently read an Entertainment Weekly feature on Patricia and now I can’t stop reading about her process for styling characters and tips on how to not look like trash, basically. For example, a trick for dressing Liza is that she wears items that balance out her silhouette – i.e. being youthful is about not being overtly sexy. When Josh first hits on Liza, she’s wearing like a comfy chambray shirt – and this is what makes him not only like her, but think she’s 26.

Millennial Life As Seen By A Non-Millennial

There’s a good chunk of this show that deals with Liza just trying to keep up with the “kids” and understand the millennial language. She gets hired as an assistant, and is expected to know how social media works because that’s what we do as millennials. In one scene she comes up with this brilliant publicity campaign involving Twitter, but when she launches it, she forgets to include the hashtags, and therefore it doesn’t become the viral sensation she promised her boss it would be. In the pilot, Liza seriously asks who Lena Dunham is. Kelsey at one point has to teach her what IRL means. It’s an interesting semi-psychological study on what we do and why we do it, couched in the guise of a hilarious show.

12 thoughts on “Show You Should Be Watching If You Aren’t Already: Younger” 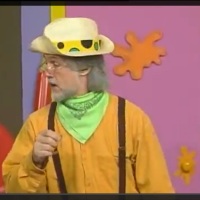 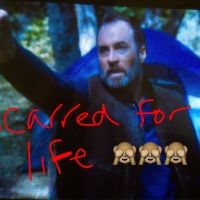