It’s time for our third annual recap of the Victoria’s Secret Fashion show, and God, they just keep getting younger.

Behind The Scenes #1: We’re A Rainbow Made Of Children

Behind The Scenes #2: So It Turns Out Models Like Photographs

Segment #3: Fly Abandonedly Into The Sun

Behind The Scenes #3: In Which Shit Gets Real

Segment #4: The Weeknd Is My Brother

Behind The Scenes #4: Nobody Gets A Puppy 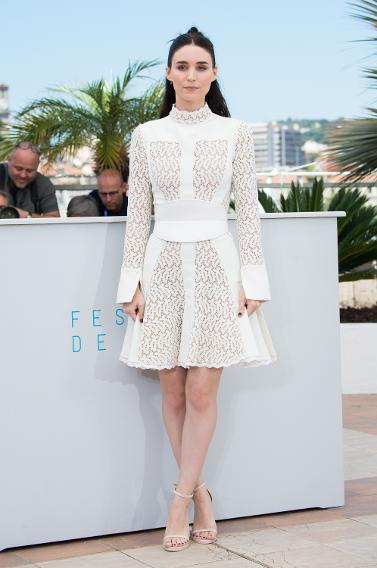 It doesn’t seem like a desert music festival – where people willingly subject themselves to sleeping in tents and peeing in porta potties – could house a fashion oasis. But sometimes, Coachella is just that. The festival is also home to its fair share of fashion missteps, but as a two-weekend event in which people can wear whatever they want without impunity, it may not always be pretty but it’s always interesting.

I don’t have a younger brother, but I do have Jaden Smith and that’s basically the same thing. Whether I’m shaking my head over his scrunchy forehead poop face or illustrating his grandiose philosophical musings, I can’t help but get a kick out of that little scamp. He has all of the youthful self-importance of Justin Bieber, but it’s less annoying because unlike Bieber he seems to at least have a good heart. Or any heart. Jaden’s latest exploit: wearing a kicky floral frock and a lush red flower crown at Coachella. Can we retire flower crowns from music festivals now? Because we have already established who wore it best once and for all, and it’s Jaden Smith.

LOL no just kidding, Jaden Smith didn’t wear the flower crown best. Beyonce did – and that’s no insult to Jaden, it’s just that anything that Beyonce wears, she probably looks better than everyone else in. That’s why her t-shirt reads “Go Burn Your Flower Crown.” With denim shorts and natural makeup, it’s like Beyonce is playing dress-up as a regular civilian.

So apparently, those are plaid shorts with a faux plaid shirt sewn around the waist. It reminds me of those cardigans with the built-in half camisole I used to wear in 1998, or those skorts with the shorts attached to the skirt. Except Nicki Minaj is wearing it instead of 12-year-old me, so it looks cool. Note Nicki’s take on the once-ubiquitous feather headdress (ugh): a giant feather crown.

Pacey Witter is wearing the same hat my dad always wears, and that feels weird to me. It’s also the hat that is ceremoniously bestowed at age 16 on American men who are really into people thinking that they have Irish heritage. Also pictured: Diane Kruger and Nina Dobrev. Yeah, they all just look like regular people in normal clothes. Let’s move along.

What I love about this is that the loose, billowy fabric is probably great in this weather, as is the slicked-down hair: I can’t even look at Coachella pictures without feeling like I’m losing a fight with the frizz-monster. Besides, she has such a pretty face (sorry, I’m your grandma) and it’s nice to have her hair out of it. Those sandals look great too. The choker is really fun but in the Indio heat, having metal clamped right against your neck might be a bit unpleasant. Anyone want to take bets on how often her train got stepped on?

Listen closely. You hear that? It’s my 17-year-old self, weeping. I want to draw your attention to the gentleman to the left. That’s how my face is right now.

In the early 90s, the ladies’ pajama departments of stores like Ames and T.J. Maxx used to run ads with ladies in long, billowing nightgowns. They’d often be looking dreamy near a window or on a porch swing. They usually had long blonde hair in a french braid with meticulously curled-under wispy bangs. This is the exact nightgown they were wearing. It looks cute on her, though.

I don’t know which Kardashian sisters are which. I mean, I know which one Khloe is. And I know which two are really Jenners, although I can’t tell one Jenner from the other. And I say this as someone who gets annoyed that none of my distant relatives or parents’ friends can tell me apart from my sister. So anyway, here are both Jenners and Khloe Kardashian (the one I can identify). They are wearing outfits I would hate sweating in. The far left Jenner will have some rough tan lines this week. I am very happy to see that they’re all confirming that ankle booties are still in though!

Florence Welch sported the most badass accessory of the festival: a freshly broken foot. She fractured it leaping off stage, but carried on like the, well, machine that she is. Aside from the foot, she kept things loose and light-colored, perfect for a festival that, as we’ve said, seems really uncomfy to both of us.

Between this and the Jenner, I guess the in thing is dressing like Princess Leia when she was enslaved by Jabba the Hutt. Twigs is so pretty, though. Better her than me, having to represent this trend. Bless.

She also wore this, which is interesting and probably lovely, but I can’t find a clear picture of it. Sculpted baby hairs haven’t been this in since the late 90s.

This is probably the most ladylike anybody has or will ever look at Coachella.

These gals don’t look bad, per se. They just look like teenagers having fun at Coachella. But man, do I wish those hot pants that look like saggy diapers would go away.

When I was in my early makeup wearing years, I remember reading that you should not match your lipstick or your eyeshadow to your outfit, because that’s tacky. Rihanna probably read that same advice as a youngster, then realized that she’s Rihanna and she is wearing a full-length purple fur coat and she can put whatever the heck she wants on her lips.

These heavy metallic necklaces are  really making me cringe. Also did Coach just set a bunch of models loose at Coachella with their bags as some sort of viral marketing? Also, do you think I would look more like Jourdan Dunn or Rosie Huntington-Whitely if I were carrying a Coach bag??

It’s like they always say. You can take the man out of Ireland… but he’s still going to wear some rumply brown stuff and like 5 layers. Also, Aaron Paul. I’m not sure what his hair is doing, but I don’t really need to know.